We can really learn a lot from our animal friends, and some of them prove to be the best of friends, while others don’t play very nicely. A lot of you might already know that some animals of very different species can actually have a pretty strong bond with each other, and that’s what you will see in this next clip. For those of you who don’t believe me, you might want to watch this video which was posted by YouTube channel TheMendesRanch.

In the video, we see a pit bull named Jasmine run over to a giant Mustang mix with an orange traffic cone almost as big as she is. To our surprise, the horse, known as Mister, is more than happy to play with the sweet little pup. In fact, he seems to want to win the game of tug-o-war with his dog friend. The dog wins a couple of times, but Mister always comes after him to try to take the cone away, when he’s not distracted by the camera and sticking his nose on it anyway. We should really appreciate these two for having such a nice bond because not every game of tug of war ends like this with the participants still being friends.

What did you think about this video? Let us know in the comments! We’d love to hear from you! If you enjoyed watching these two play together, please share this clip on Pinterest and bring a smile to your friends and family. 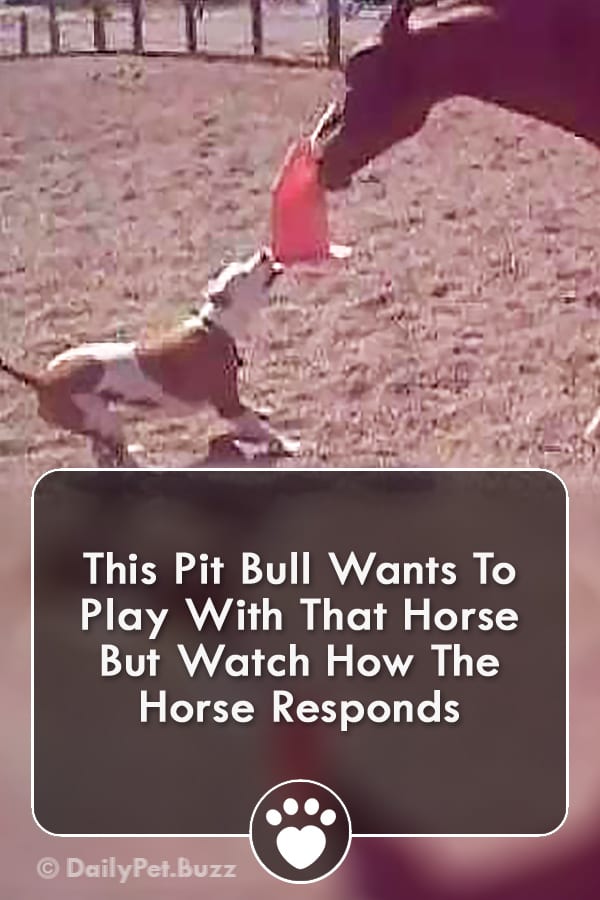