To many, it is the most brutal thing they face each day. Waking up. The alarm often goes off much earlier than they would have liked. It’s not compromising, either. Work waits for no one and showing up there late is frowned upon. Many of us would love to have the life of this dog that we see in the video, waking up when we want to.

Oscar, a Vizsla, is not in the mood to wake up when the alarm goes off. He reminds me of how I am. He lays there for a few seconds, his eyes open – and then gradually closing. They open again – and close. He’s not in a good mood. What looks like a smile plays across his face. It’s not a smile though, far from it. In fact, he lifts up his head and howls his displeasure at this STUPID ALARM. Eventually, he lets out a big yawn and just plops his head on the bed again.

Depending on the situation, it takes me a while to wake up too. If I need to get up to take my son to school, I’ll get out of bed, quickly. To go to the sofa, where I’ll kind of doze sitting up for a while. If there’s no need to get up quickly, I’ll be like this dog, kind of lying there dozing for as long as I can, before my wife wakes me up. I am the furthest thing from a morning person. Oscar may be my spirit dog, for all I know.

Oscar has one thing on his side. He’s a big dog. Nobody’s going to make this big dog get off the bed if he doesn’t want to. Now, if he was a Chihuahua, he’d be kicked off that bed pronto when that alarm goes off. Not Oscar. He IS the alarm clock. The people at that household probably operate on Oscar Time. Not me. I have two cats. They sleep later in the day. In the morning, they are all ready to go. Maybe I need an Oscar.

Wasn’t Oscar adorable? Do you have a sleepyhead like him? Be sure to leave a comment below! 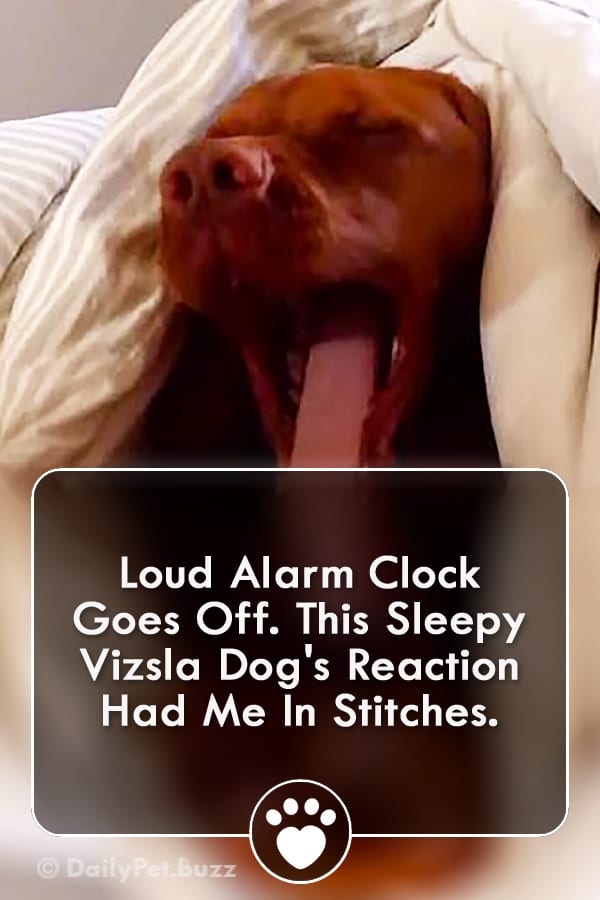