When it’s hot, cooling down can be very rough, especially for animals. They will seek out shade, air conditioning, water, you name it. They can overheat, just like people. Brutal days are dangerous for them as well as us. They can come up with some very creative ways to get cool. I don’t think that any are as cool as this horse named Duke. He uses something in his daddy’s backyard for more than it was intended for.

We see Duke standing by an inflatable kiddie pool. At first he’s drinking from it – and then he realizes that it might be better for him to stand inside. He churns the water with his hooves. Then Duke lowers himself into the water to let it splash over his back. Ultimately, he stands up again, cooled down. He’s having a blast.

This behavior is much closer to a dog than a horse. The best thing about it is that there is never a POP! and then water flooding the lawn as the pool deflates. I don’t think it was designed to withstand a near two-tons of force, but it did the job. The engineers deserve some congratulations there.

I don’t know how often this could repeat itself. Like I said, the pool wasn’t designed for that. After try No. 2 or 3, they probably had to go shopping for a new kiddie pool. Duke will probably wind up using that one too. Staying cool in the summer is important and he’s not going to let go of this way. I don’t blame him, either. It’s either hit-or-miss finding shade or you could wind up in this awesome pool. I’d choose the second part.

Don’t lie. You loved that horse, right? Let us know your thoughts in the comment section! 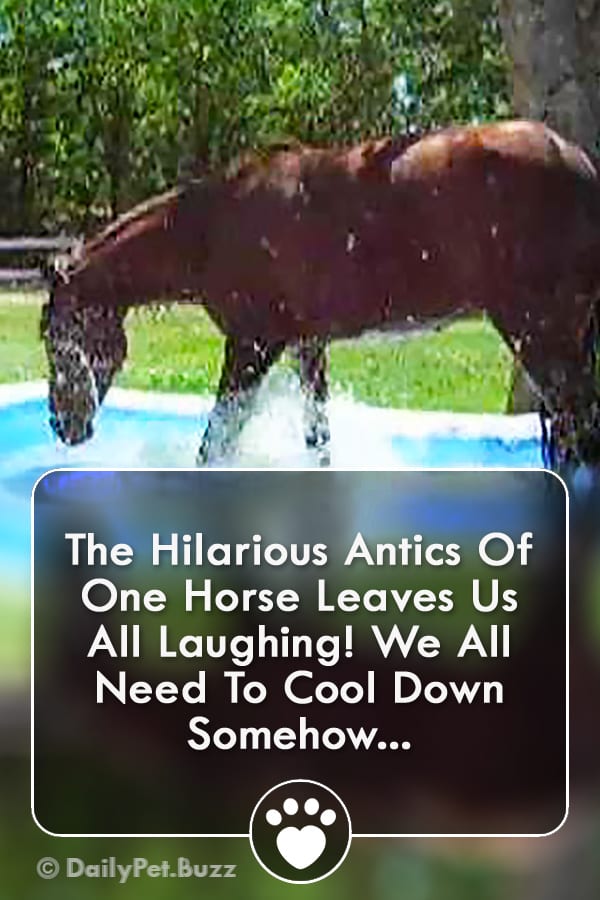