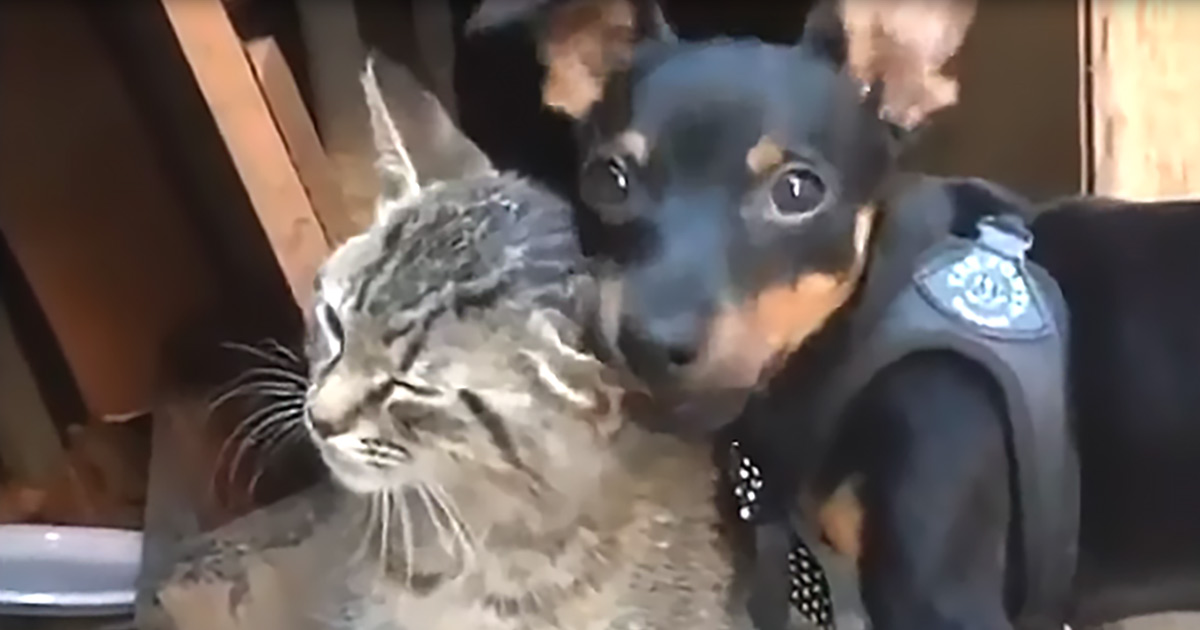 When Delfina Plaja and Olivier Tops brought home their new Chihuahua pup, Taco, they never dreamed they were getting a two-for-one deal. But destiny had unexpected plans in store for them in the form of a homeless kitten.

While potty-training Taco outside, Delfina was surprised to see a kitten cowering under a car by her building. The young feline, wary of humans, caught Taco’s eye and made a beeline straight to him, as if they were old friends. He caressed the pup with his face, curled his tail over him in a kitty embrace, and tried to entice the Chihuahua to play with him.

Delfina inquired around and learned that the kitty was homeless and had been living off morsels left out for him by caring people. No one seemed to know anything about his history or how he came to be alone. The concerned woman began bringing bits of food to the hungry feline whenever she would take Taco outside, which he ate readily, but mostly he wanted canine company.

Taco and the kitten, who eventually became “Tequila”, sought each other out during each of the pup’s forays outside to do his business. It became apparent, especially when the weather turned wet, that the young tabby needed a home and both animals wanted a brother. They got their wish and now are inseparable. Although the kitten is still a little reserved with people and the Chihuahua is outgoing, together Taco and Tequila make the perfect combination. 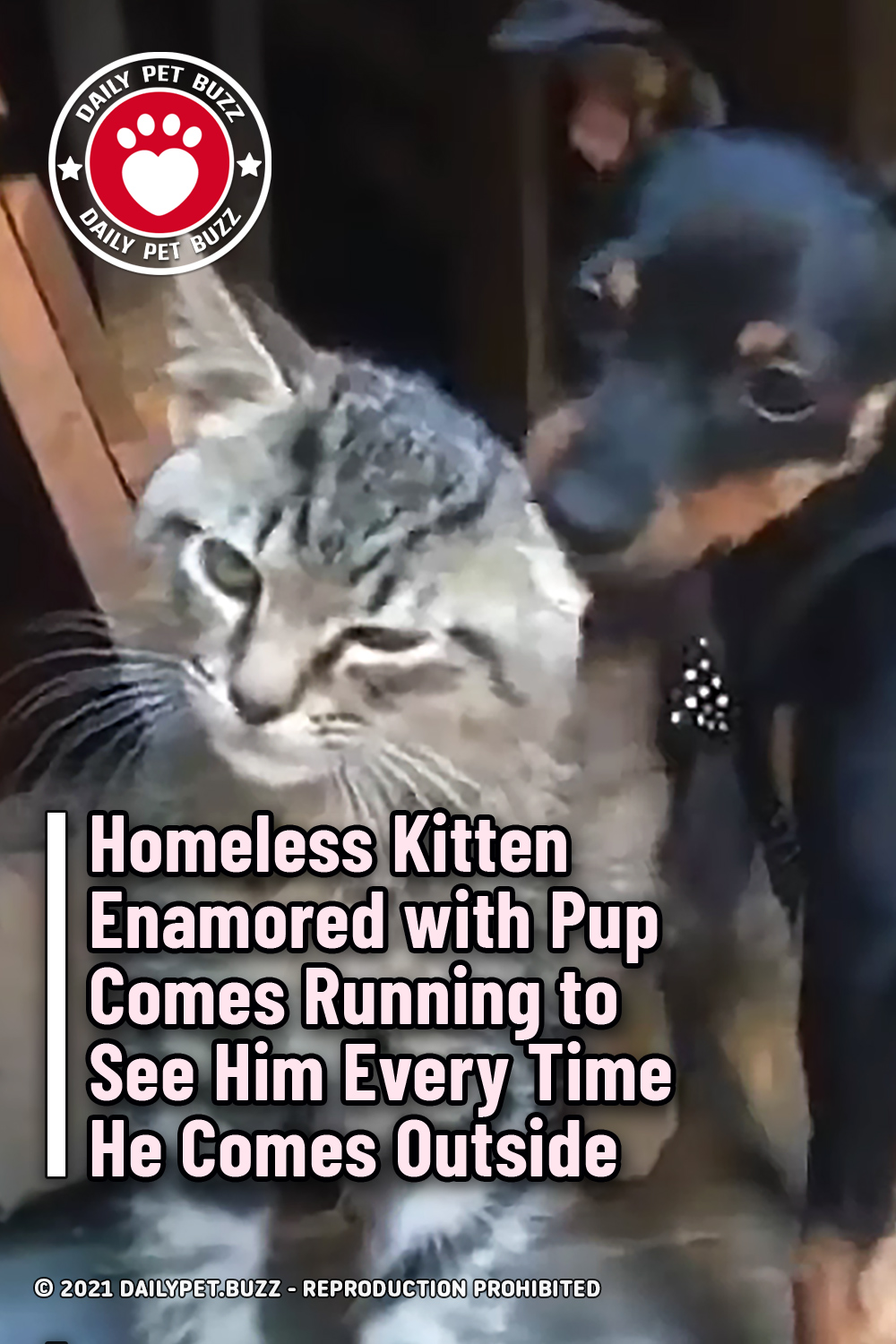