There are plenty of videos of animals dancing to songs. We’ve seen dogs and cats bopping along to music, along with birds. This is a new one though ” a horse dancing to a country music song. Granted, he’s got a rider on top of him, so it’s not like he’s doing it all on his own. It’s a mesmerizing sight, though. I wonder how much practice he had to do to get it just right. Take a look at this video.

We see five people and a horse, with a cowgirl in the saddle, standing in the center of the corral at a rodeo. The Billy Ray Cyrus song, ‘Achy Breaky Heart’ , starts blaring over the loudspeakers. They all start doing a line dance to the song and it’s apparent that the horse is the best of the bunch. He’s got the moves and he’s not afraid to let people know. There are times when he seems to be leading all of them.

After the songs end, the horse then gallops off on a lap around the corral before going to a backstage area, with the five line dancers trailing behind. The audience gives them a well-deserved round of applause as they leave. The horse better have received a large amount of treats back there because he was the star of the show. Well, the cowgirl also deserves a good amount of credit.

I must confess – for the longest time, I didn’t like ‘Achy Breaky Heart’ because I used to work at a bookstore that had it on a tape loop all day long. That meant I heard it, minimum, eight times a day. Almost 20 years have passed by, though, so I was able to listen to it while watching the video without having my eye twitch. OK. Maybe it twitched once or twice. The line dancing made up for it.

What an amazing video. I was in awe of this horse the whole time. Did you like it? Have you seen anything like it? We’d love to hear about it if you have. Just head on down to the comments section below! 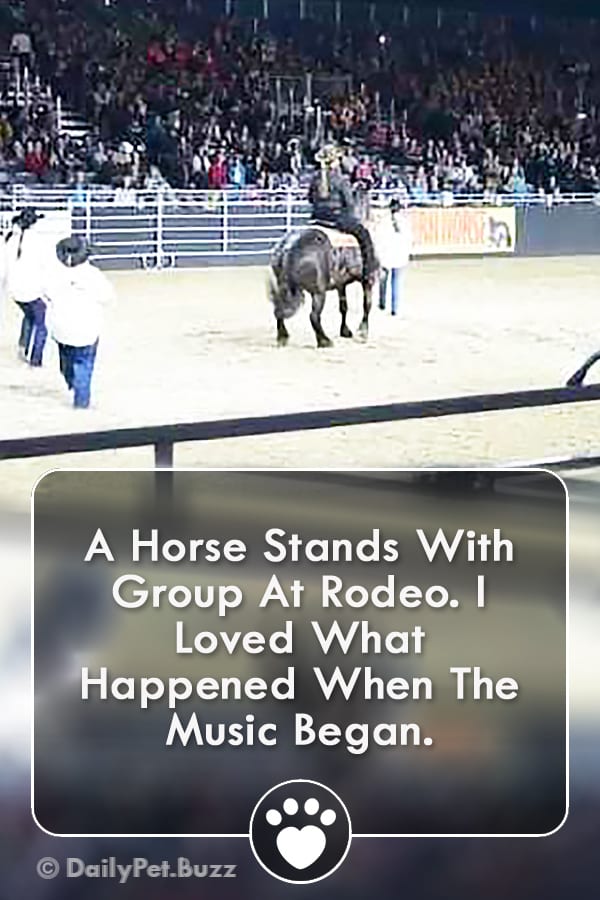