The video above shows a special and amazing rescue featuring a tiny puppy. This little guy had somehow managed to fall and get stuck into a drain pipe. The poor puppy was in a bad state and he had been crying out for help all night. The sobs and whimpers coming from this puppy broke my heart. But thankfully, the rescue team got there in time and they knew just what they had to do.

Every second was intolerable and impossible to bear. Even when all those skilled people were trying their hardest to get the puppy out of the pipe, I was wishing they could go a little faster. They called a construction crew and a plumbing crew, and these guys went to work to rescue a little puppy. They didn’t waste any time.

They put a camera in the pipe when they reached a certain point so that they could locate the puppy. They brought in a special machine to dig faster. It took many hours, but these guys didn’t stop. The combined efforts of the Michigan Humane Society and the crew that dug him out are just amazing.

When they finally get him out, you will be full of tears! He is a big time fighter like his rescuers say! I’m really grateful that they didn’t give up on him! They found him a foster mom at the humane society and he is doing well now.

Watch the heartwarming rescue video above and let us know your thoughts about it in the comments! 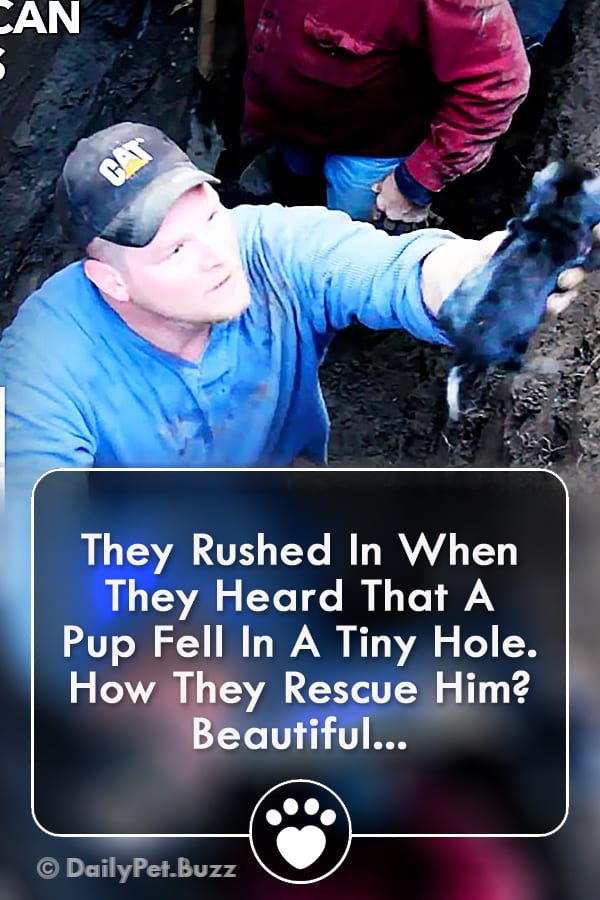