It’s a fear that many of us have. We’ll be walking on the sidewalk and suddenly fall to the ground, either unconscious – or worse. Being alone there would be terrible, especially if it’s in a busy area where a lot of people might not notice or care. People might come to your aid, but they are strangers. They may not have a personal connection with you and while their job may command they help you, they aren’t wholly invested. A lot of people could use a dog like we see in this video.

A man was walking down the street in Guizhou, China, and he fainted in a very busy street. His dog, which looked like a Chihuahua mix, was adamant about not leaving his side. He was very wary of people coming close to his daddy. Paramedics came to help and he finally seemed to recognize that they were going to put him on a stretcher to take him somewhere to get better. Then a problem occurred.

The problem was that they were going to leave in an ambulance without him. Not going to happen! He barked loudly and kept pacing around the wheels and putting his feet on the rear bumper. The medics finally relented and let him into the ambulance to ride along with his daddy. Talk about persistence paying off! It would have been interesting to see the doctors greet the ambulance at the hospital. ‘What’s with the dog?’ ‘Don’t ask – he may want to scrub in for surgery.’

We all could use a fierce advocate like this in our lives. The dog’s name is never given, but I think I’ll dub him Hero. What an amazing dog. He’s probably been with his daddy for a long time and he wants him around for a lot longer. Do we have someone or something like this who would protect us in the event of something like this happening? It’s a sobering thought. Let’s be on the lookout for our own Hero.

What a loyal dog! My cats would be like, ‘Eh. Whatever. You gonna feed us, human?’ Do you have a dog like this? Tell us all about it below! 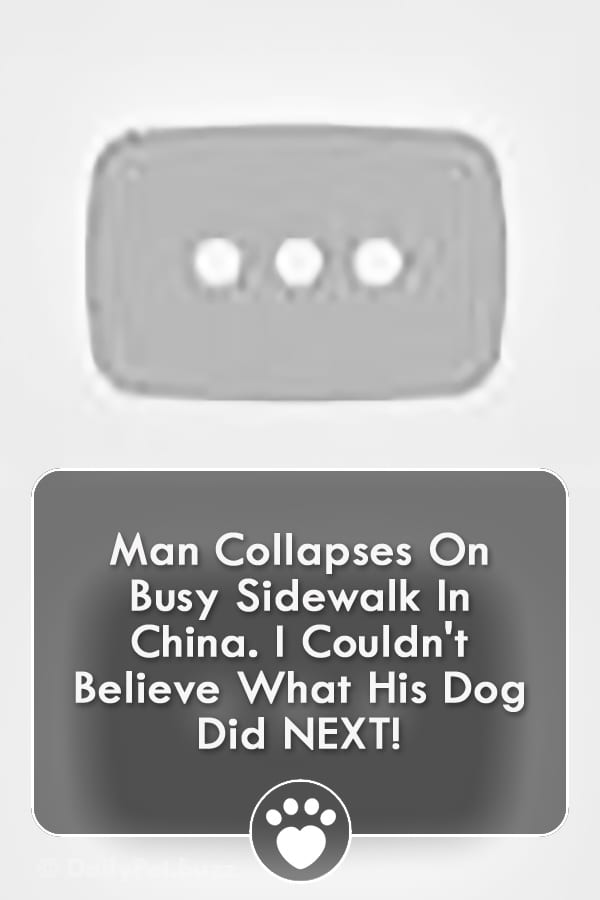