Cats eat the darnedest things. My family has to hide their pizza from our cats, lest they lick the slices. We’ve seen videos of dogs eating broccoli. As long as they like it and it presents no chance of hurting them, I’m all for them eating new things. Here’s a video of a cat named Cooper munching on some watermelon, his favorite food of all time. Apparently, he hasn’t tried pizza yet.

It starts off with us seeing Cooper eating the watermelon. That alone makes the video worth watching. Something about this cat with the pushed-in face munching on watermelon is irresistible. Then add the factor that his parent wants him to share the delicacy with his other animal friends and we have gold. First of all, cats do NOT share. I don’t think his parent got that memo.

The best part is watching the parent hold the watermelon for the dogs. Cooper is NOT happy about this, though he displays remarkable restraint in not biting the parent’s hand. Still, he’s trying to eat more of it on the opposite side of where the dog is. Classic cat behavior. This was HIS watermelon first and he’s going to eat as much of it as he can, darn it. I also don’t think he went and apologized later to everyone.

Cats are selfish beings by nature. They’ll steal food from each other. My cats do it all the time. I’ll see them eating from each other’s dish. I just shrug and put out more food. Cooper’s parents are the same way. They deal with his trying to butt in with the other dogs over this watermelon. I don’t think a cat has ever demonstrated that they understand the word ‘compromise.’

What a cute video. That smushed-in face! So cool. 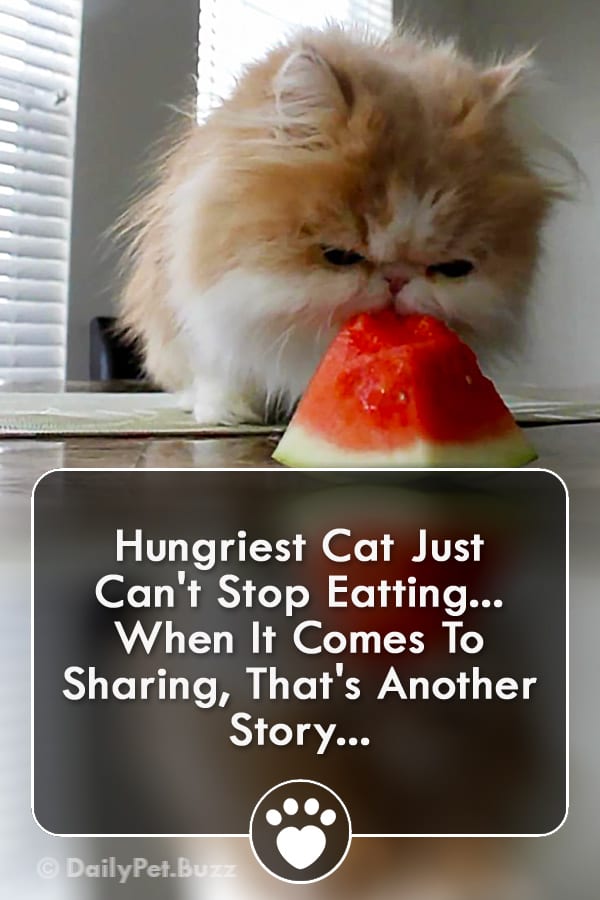