It’s not easy being a cute puppy. What with sniffing, playing, chewing and napping to get done there just aren’t enough hours in the day to get everything done, as this husky proves. But, there’s a reason that people love huskies. It might be because they look very similar to wolves that people feel they have a piece of raw nature right there in their homes. The thing is, they act nothing like raw nature. They’re the cutest companions you’ll ever have and their appetite is huge!

Rather than napping with his brothers and sisters, this adorable four-legged friend decided to skip his sleep and practise his howl instead, which sounded like a good idea until he opened his mouth. What the adorable fluff ball manages to produce is not exactly an intimidating roar and based on the hilarious noise, we would say he’s got quite a bit of work to do before he starts scaring anything away.

Dogs, like their wolf ancestors, learn to howl as young pups and use the haunting sound to scare of predators, warn of danger and signal their location to fellow pack-members. Perfecting their howl is essential for any canine friend, but this adorable puppy appears to have quite a unique one.

As his siblings sleep around him, the little dog points his head to the sky and lets out his hilarious howl. On his first few attempts he fails to make much of a noise, but as he gathers up all his energy he finally lets out an odd, futuristic type of whistle.

The hilarious howl sounds more like a wookie noise from Star Wars, than a fearsome husky, so could the husky be related to the hairy Chewbacca?

Even if the growl isn’t going to scare anyone away, at least the puppy might have a future on the big screen in a sci-fi adventure.

The wookie-roaring pup seems oblivious to the hilarious sound of his howl and appears pretty pleased with his efforts. We’re not sure there’s anything cuter than this Star Wars inspired howl?

Check out the video above to hear the hilarious screech: 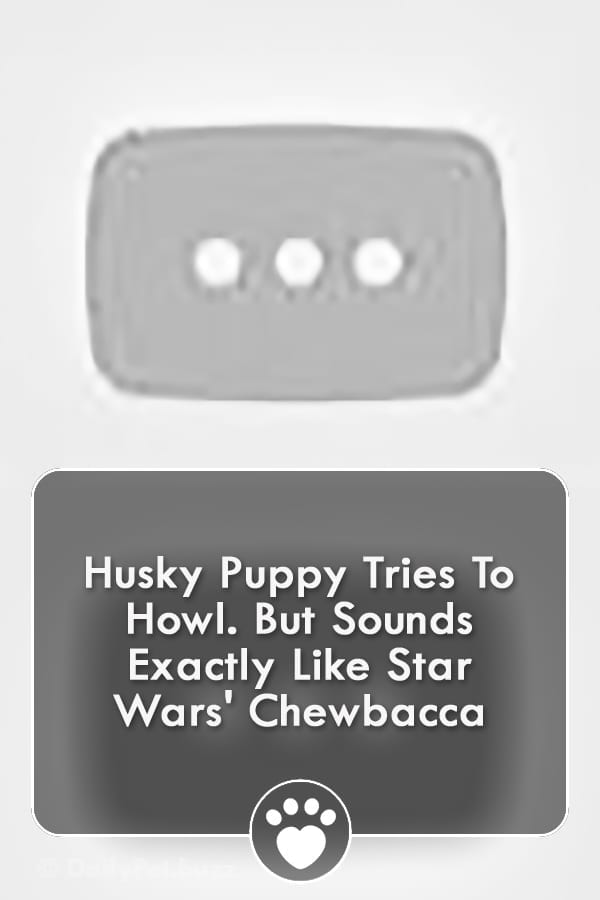