It really bugs me when people chain up their dogs in their yard all the time. These animals need to roam, and the lack of affection and attention can wear down the pooch’s spirit. There seem to be more of these situations than people who can help resolve it, but there are some who are determined to do the best they can with each case. This video shows one such scenario that ultimately winds up with a happy ending.

A woman named Jes, who worked for PETA, found a dog named Edith, who was chained up in her yard all the time. At first, she had no shelter, but the PETA workers brought a dog house for her so that she would have shelter. They also would give her love and affection, especially giving her belly rubs. It was all they could do to give her some sense of sanity in her messed-up situation. Then disaster of sorts struck.

Edith disappeared and it took a while before PETA was able to track her down again. They reunited and Edith immediately flopped on her back for a belly rub. This time, the people who owned her decided they didn’t want to care for her, so they gave her to PETA. That was fine, since this was the best opportunity for Edith to live in a loving, stable home with an open space for her to roam – she also got to ride in a car, which she quickly adapted to as if she’d been doing it her whole life.

I loved the little dig at the end when they put quotation marks around her ‘owners’ when telling about how they got Edith in their care. Those people obviously didn’t care that much for her to leave her chained outside all those years. A dog shouldn’t be chained for long at all -perhaps for waiting outside a store, that’s it. It’s good that Edith wound up in a forever home. She deserved it.

Wasn’t Edith so adorable? How the heck could anyone chain her up for that long? Have you had anything similar happen in your area? Tell us all about it in the comments. Also, please ‘Like’ us on Pinterest. 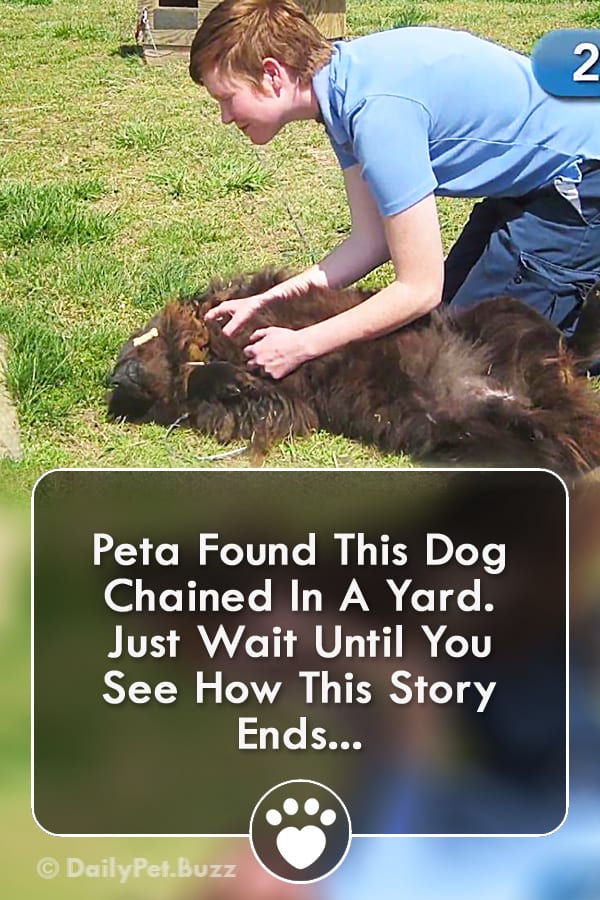