Animals make all kinds of weird noises. It’s all part of nature’s wonderful soundtrack and what makes life so interesting. It’d be so boring if every animal sounded the same, wouldn’t it? Even dogs have different sounding barks. Take this video of a Husky – and listen to his barks and compare it to all the other dogs milling around in the video. You might have to concentrate and focus for a bit, but his bark is SO distinctive.

We see a Husky who seems to be in some kind of doggie daycare. There are a lot of canines barking around him and he is yowling quite loudly. He’s quite impressive, able to hold the sounds for quite some time. He’s not barking, it’s almost like he’s yodeling. Some Huskies even seem to be talking. Not this one, but he’s making some unique sounds – which is why the person is recording him, of course.

This dog is definitely peeved about something. Maybe he just wants attention. Whatever it is, he is determined to get the person holding the camera’s attention. If it was Mishka, the talking Husky, there would have been additional comments, probably along the lines of ‘QUIET!’ Still, this is one vocal pooch. Huskies tend to be like that. They are not shy at all about making a lot of noise, which means they are better in houses, rather than apartments.

Chances are good that he’s not happy about the cacophony going on around him and he’s voicing his displeasure quite loudly. I would be doing that if I were in his shoes – er – paws. It must be hard for dogs with such acutely good hearing to have to deal with situations like that. There are a couple of other huskies that come up and seem to voice the same complaints.. just not quite as vocally. Hopefully, he was able to escape the noise soon.

Wasn’t it funny the way that he was barking? Do you have a Husky? Tell us all about his or her barks in the comments. Also, please ‘Like’ us on Pinterest! 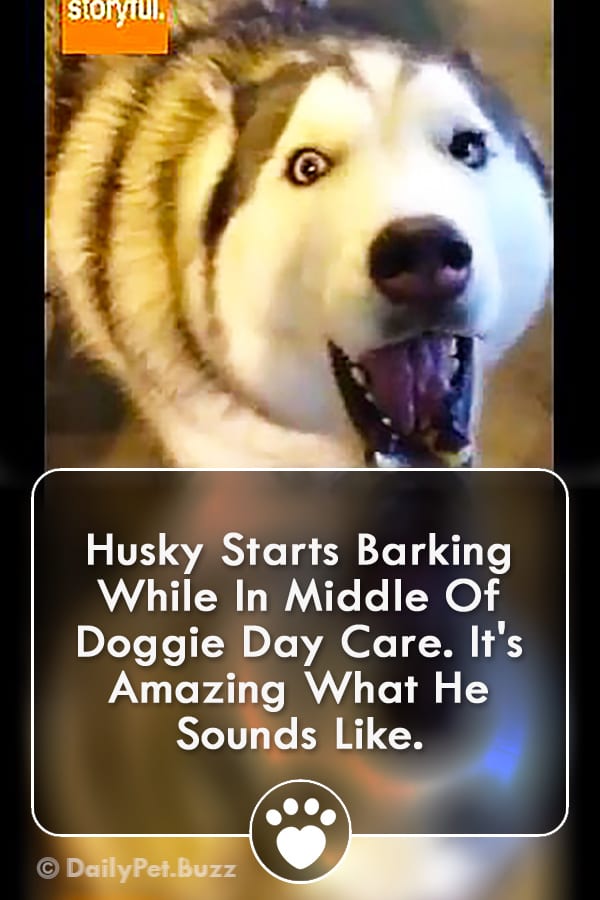