There’s something fascinating about watching a hyper animal just letting out all their pent-up energy. Assuming that you’re not in said hyper animal’s path, that is. I’ve been knocked over by a well-intentioned but WAY over-stimulated dog before. It’s not that they are mean, it’s just that they have so much enthusiasm that they lose control of what direction that they can turn. Fortunately, the dog in this video is a small one and he’s just on a bed.

The pooch’s name is Norbert and he looks like he’s a Maltese mix of some kind. He’s on his mommy’s bed and he cannot sit still for more than two seconds. He runs to one spot, sits down. Oops! Time to move. Next spot! He varies between sitting and crouching. You can almost see the energy emanating from his body. It does seem like he’s starting to lose just a little bit of steam by the end.

The title of this video is ‘When you drink too much coffee – ‘ , which seems apt. I’m not a coffee drinker, so I’d say it’s more like ‘When you have too many energy drinks – ‘ I have no idea why he’s running around the bed like that, but it seems to be something that he enjoys doing. Maybe he thinks he’s entertaining his mommy, since he’s looking at her behind the camera the whole time.

It’s a good thing that ‘Norbert’ is nowhere in the title. See, it was the name of a truly terrible Eddie Murphy movie. I’m talking ‘Catwoman’ or ‘Gigli’ bad. Maybe even ‘It’s Pat’ , which only lasted for like a day in the theater. Murphy should have worn a paper bag over his head during the whole movie’s run. So, people might see the name and think it’s about the movie, which wouldn’t be fair to this little pooch!

Wow. Norbert had a LOT of energy. I was tired just watching this. What did you think? Tell us your favorite energetic dog stories in the comments. Please also ‘Like’ us on Pinterest. 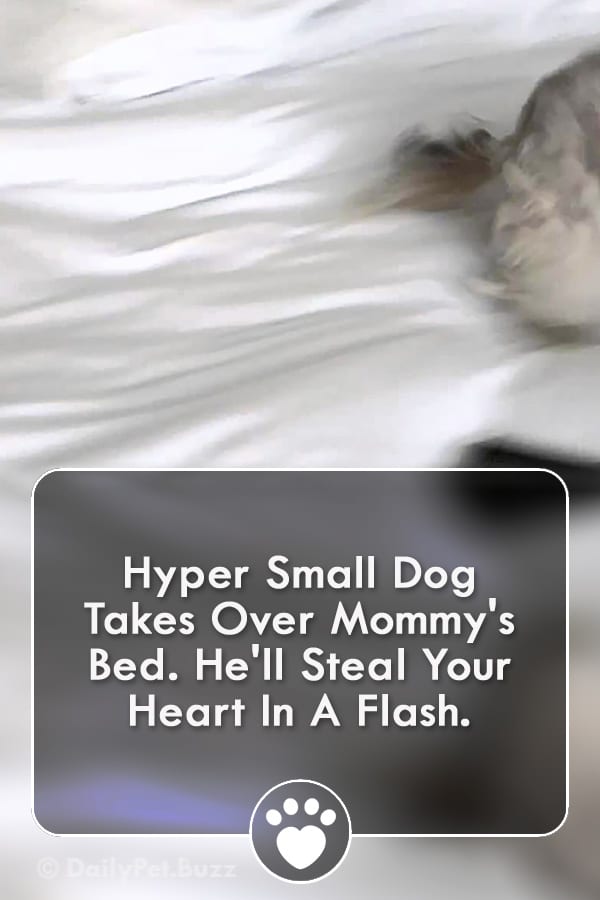