A four-year-old girl from New Mexico got more than just a dog when her mom adopted a special furry friend for her. The girl’s name is Neeva and she was born deaf, and thanks to her mom’s great idea to adopt, she got a not only a friend, but a true companion. At the Animal Humane Society near their home, they went in search of a dog that Neeva could love and trust to help her with her special needs. That’s when they met the incredible Baxter, a dog that communicates better than most people.

They went to the humane society and explained Neeva’s special situation, and the staff was very understanding and showed them several dogs they thought might fit the bill and do a good job with Neeva. But it was Baxter who made an instant connection with the young girl, and from the moment they met, both knew they were destined to be together. Baxter is very smart, but full of personality and charisma, and since the beginning, he’s exhibited a special talent that allows him to communicate with Neeva in a way that most people can’t, much less dogs.

This furry superhero has an amazing ability to understand Neeva’s sign language when she speaks to him, even though he’s never received any special training that would allow him to learn sign language. But he picked up on Neeva’s way of communicating in no time and now the two are inseparable. This special bond is sure to carry on for many years.

You can watch Neeva’s amazing story with her dog, Baxter, in the video above. 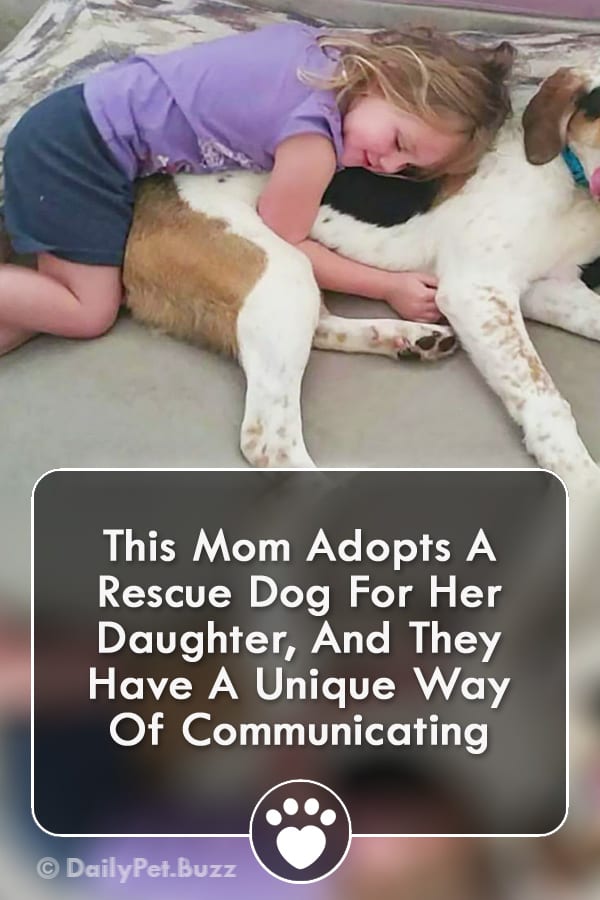