Sometimes you really do think there are people and animals who were meant to be in each other’s lives. If fate really can step in and bring friends together, that’s definitely what happened for this cute baby and his adorable puppy.

Callie was just a three-month-old puppy when she was found tied to a fence outside the family’s house. They had no idea who abandoned the little dog but once they untied her and brought her into the house, it quickly became obvious that she was a really great dog and would be a perfect addition to their already growing family. Their other recent arrival was a baby boy, coincidentally also three months old. Dogs vary in how well they get along with children, but Callie and the baby became instant friends. Callie loves the little boy so much that she can’t stand leaving his side!

In the video we’ve posted below, you’ll see Callie watching over the baby while he takes a nap. Just like baby humans, puppies need plenty of sleep, too and Callie would like nothing better than to curl up for a nice snooze. But she’s determined to guard her friend! She tries really hard to stay awake, but it’s a struggle. Over and over, she starts to drift off and looks like she’s about to topple over before waking up with a start and righting herself. At one point, Callie looks at the camera as if to say, “I’m trying! I’m trying!” Finally, it looks like she’s going to lie down but she’s still clearly torn between her desire to get some sleep and the self-imposed duty of guarding the baby. Arriving at a compromise of sorts, Callie lies down on her belly with her chin resting on the baby’s head. Even so, the determined puppy is still trying to stay awake. She can’t have lasted much longer, though. 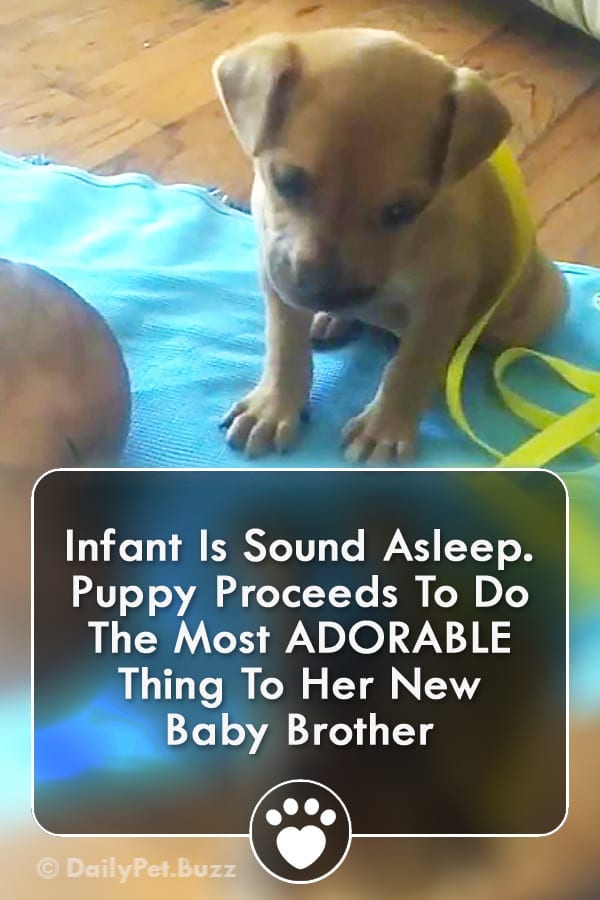