As a kid, I used to pray for snow days every time the sky clouded over and even hinted that it was going to blizzard. Those days when I got to sleep in, stay warm and cozy under the blankets, or bundle up to go outside and make snow creatures were some of the best. It meant not having to trundle off to the bus stop in freezing temperatures, and no homework! It isn’t just the kids that have fun when the weather turns bad enough to cancel school, though. This hilarious principal loves snow days as much as the students, and made a video to prove it!

Not long ago, the Waterloo School district had to call a snow day due to an epic blizzard that blew through the town. Dangerous driving conditions made it unsafe for almost anyone to get to the schools, so kids got the chance to spend their free day doing what they liked. Well, their principal got a chance to have some fun, too! Most days, he has to be a figure of authority, showing professionalism and wise decision making skills as a role model for teachers, administration, and his students. But there is another side to this guy!

The video starts with him sitting behind his desk at school, typing on his laptop. He says a greeting to the school district and sends well wishes to his students and their families. He tells us that, despite the snow, ‘a principal’s job is never done’, and he wants them to see just how productive he can be, even with the empty hallways. And that’s when the fun”and the music”really starts! 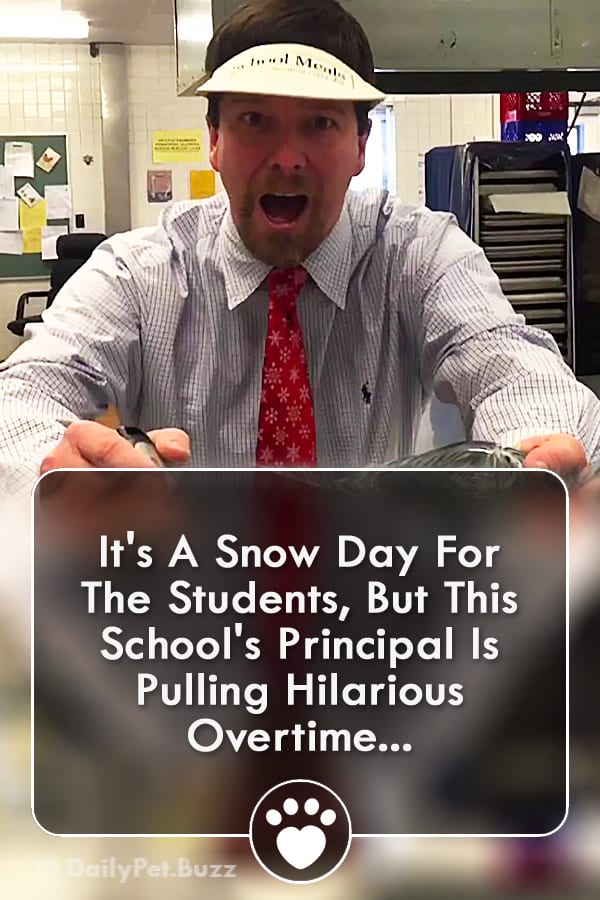