After watching cute videos of animals get along together, we as people see that we still have a lot to learn in regards to getting along together with each other. As we’ve seen in the animal kingdom, sometimes animals of different species seem to not have any problems getting along, even if they share very little in common. After all, we’ve shown you many videos of animals that are completely different getting along and even becoming best friends, and the next one is no exception to that at all. It shows a rescued cheetah who became best friends with a puppy!

The not-so-small kitty is named Kumbali, and he was born recently at the Metro Richmond Zoo. Shortly after his birth, the caretakers realized that he had a few development issues regarding growing up. He just wasn’t growing the way that cheetahs normally do, so they had to take him in for special caring and personal feeding. When they realized that he was going to need a buddy to cheer up and hang out with him constantly, they looked no further from human’s favorite friend. They introduced him to Kabo, an also recently born Labrador puppy, and they’ve been inseparable since then.

Watch their irresistible adorableness in the clip just below. And don’t forget to share it with your animal lover friends on Pinterest! 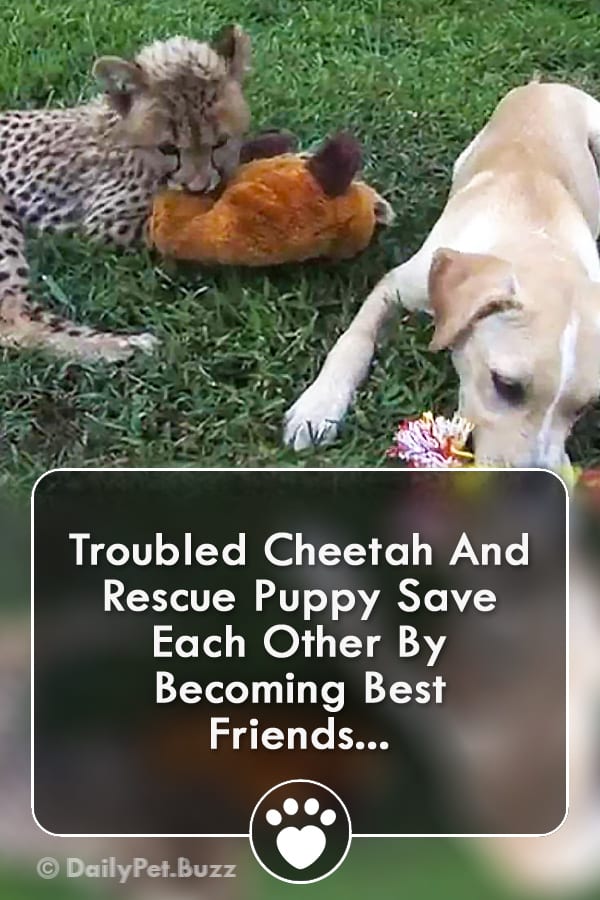