Dogs have a habit of sometimes getting attached to stuff they put in their mouths. Especially retrievers of any kind. If they find a stick outside, they tend to like to walk around with it in their mouths at all times. Who knows why? Perhaps they like the taste of what they are carrying. Maybe it just gives them a sense of security. We all develop strange attachments to things ” so why can’t dogs? Like the pooch in this video.

We see the dog, a light-haired golden retriever, sitting in a chair. He’s quite content. Why is he content? He’s got a baby’s pacifier in his mouth. Hopefully it was a spare one and he didn’t yank it from a baby’s mouth. I don’t think that was the case because if he had, we’d probably hear the wailings of a baby loud enough to drown out any noise within the radius of a city block. Mommy sees it and tries to take it away. He pushes her hand away with his paw. This goes on for a futile minute or so. Apparently, he got to keep the pacifier.

There has been controversy over whether a pacifier is good for a child anyway ” some think that prolonged use of it may make teeth grow awkwardly. That may be the case of a child drinks milk from a bottle for a long time too. I don’t think many doggie parents have to take their dog to an orthodontist to get their teeth straightened out after using a pacifier too long though. I did search though, and apparently there ARE dog orthodontists out there. That must have been an interesting career choice to announce to their significant others. ‘I’m putting braces on dogs for a living!’ ‘You’re sleeping on the couch for a while. Why couldn’t you just be a vet?!’

I liked this because it’s a very different dog video than what we usually see offered. There are only so many variations out there. This is a welcome change. Of course, having said that, I expect many more people to start sticking binkies in their dog’s mouth. I call it the ‘Friends’ effect. When that show became popular, all the other networks suddenly had shows about twenty-somethings living together. The same will probably happen here.

This was an awesome video. What did you think? Let us know in the comments section below! 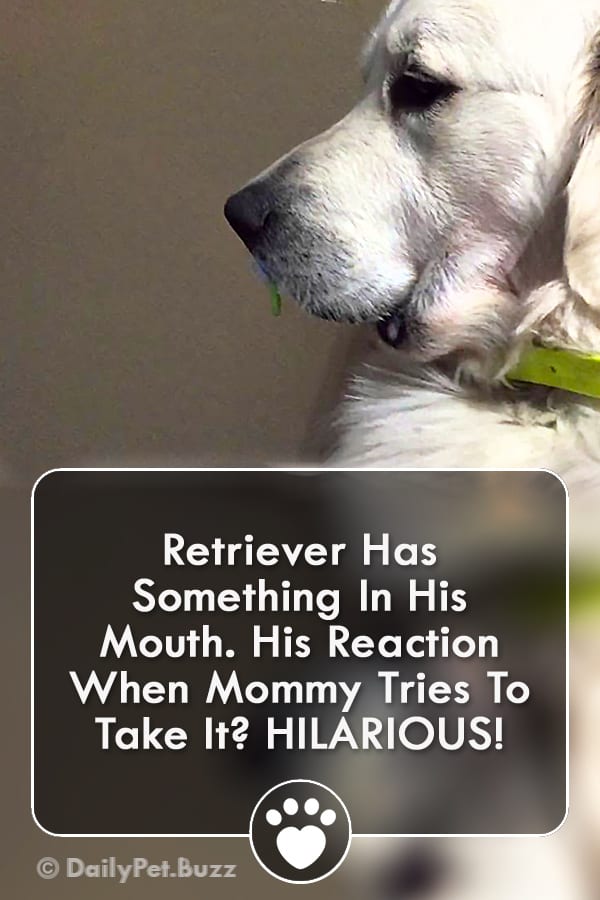