Sami is a German Shepherd dog who has never had any puppies of her own. That hasn’t stopped her from showing her maternal side, though! She has a very motherly heart, and as her owners recalls on the video above, Sami has been a surrogate mother temporarily, for many animals of many different species, not just puppies.

She’s been known to mother human babies, kittens, and even a snake once, and in the video above, you can see her in all her glory as she takes her maternal instincts to a new level with a lobster. That’s right, Sami the dog has made friends with an arthropod, and she’s not shy to protect him from the humans who pretend to eat her new friend.

They met each other when her owners took the lobster in with intentions of cooking him on a meal, but they didn’t count on Sami’s maternal side to kick in with such a different animal! They were wrong of course, and the best part is how Sami didn’t even get violent about the whole thing. She made clear that she wanted to protect her friend bravely. I wouldn’t be able to eat lobster after seeing that myself!

Watch this hilarious dog and lobster moment in the clip just below. 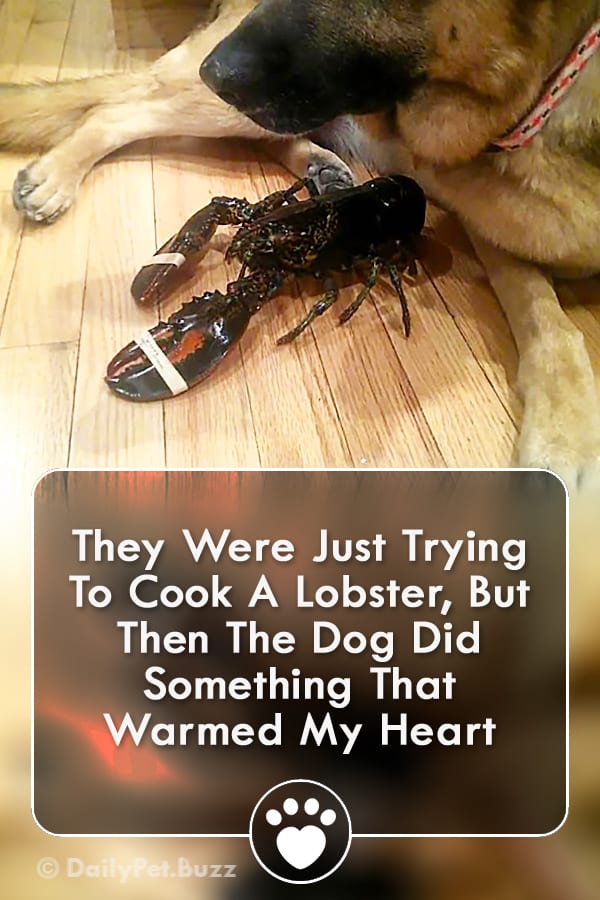