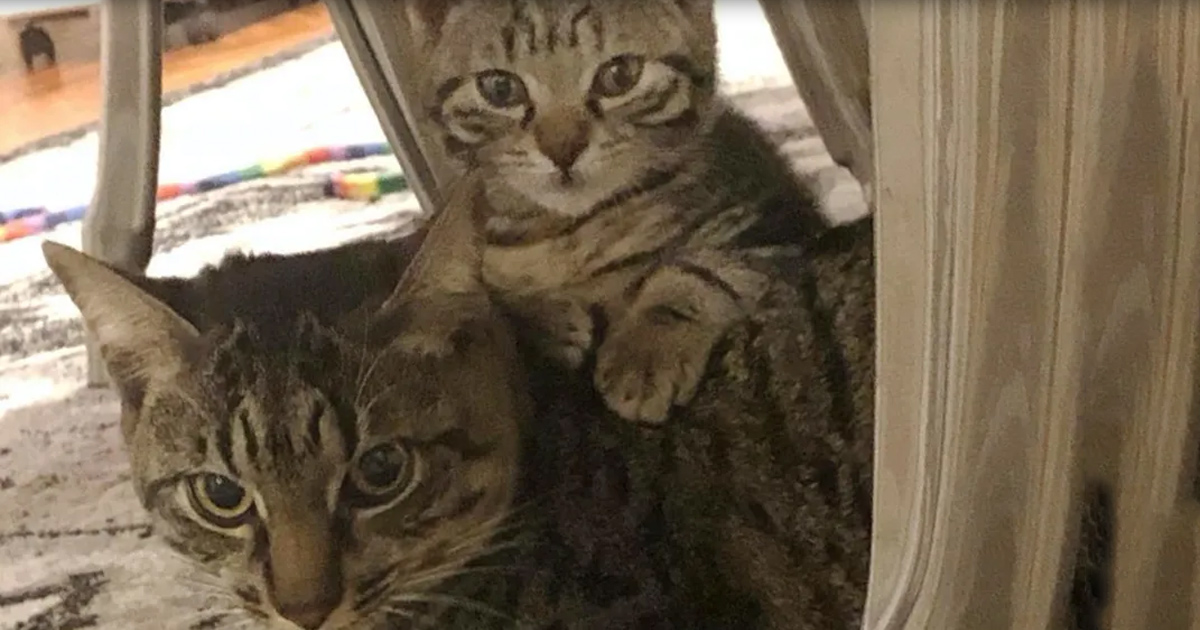 A large group of cats was placed in a shelter following removal from a hoarder and one-by-one, the cats were rescued from the shelter into foster care. Troubled by the changes in his home situation and the loss of his feline roommates, seven-month-old Mouse – named for his timid personality – was the only one left behind, chiefly due to his constant distressed meowing behavior.

A sympathetic foster family finally gave Mouse a chance and brought him into their home, but he continued his day and night calling. He could not tolerate being alone and needed attention at all times in order to quiet down. Around the time Mouse entered foster care through Fuzzy Butt Rescue, a stray orphaned kitten, Sazón, came to their rescue. Her extroverted nature struck the rescuers as the perfect antidote for Mouse’s need for feline friendship, and they arranged for a meeting.

Desperate for a friend, Mouse shadowed the bewildered kitten everywhere at their first meeting. He stopped crying immediately and focused solely on where Sazón was and what she was doing. He was smitten with his new feline roommate, who was a little bit overwhelmed at first with his overabundant attention.

Within a couple of days, however, Sazón accepted the advances of her larger counterpart, and their friendship flourished. The two played with gusto and as they both blossomed into full adulthood, their connection strengthened. The feline pair have grown inseparable and dependent on one another. They are still in their foster home, but look forward to finding their forever home someday – together. 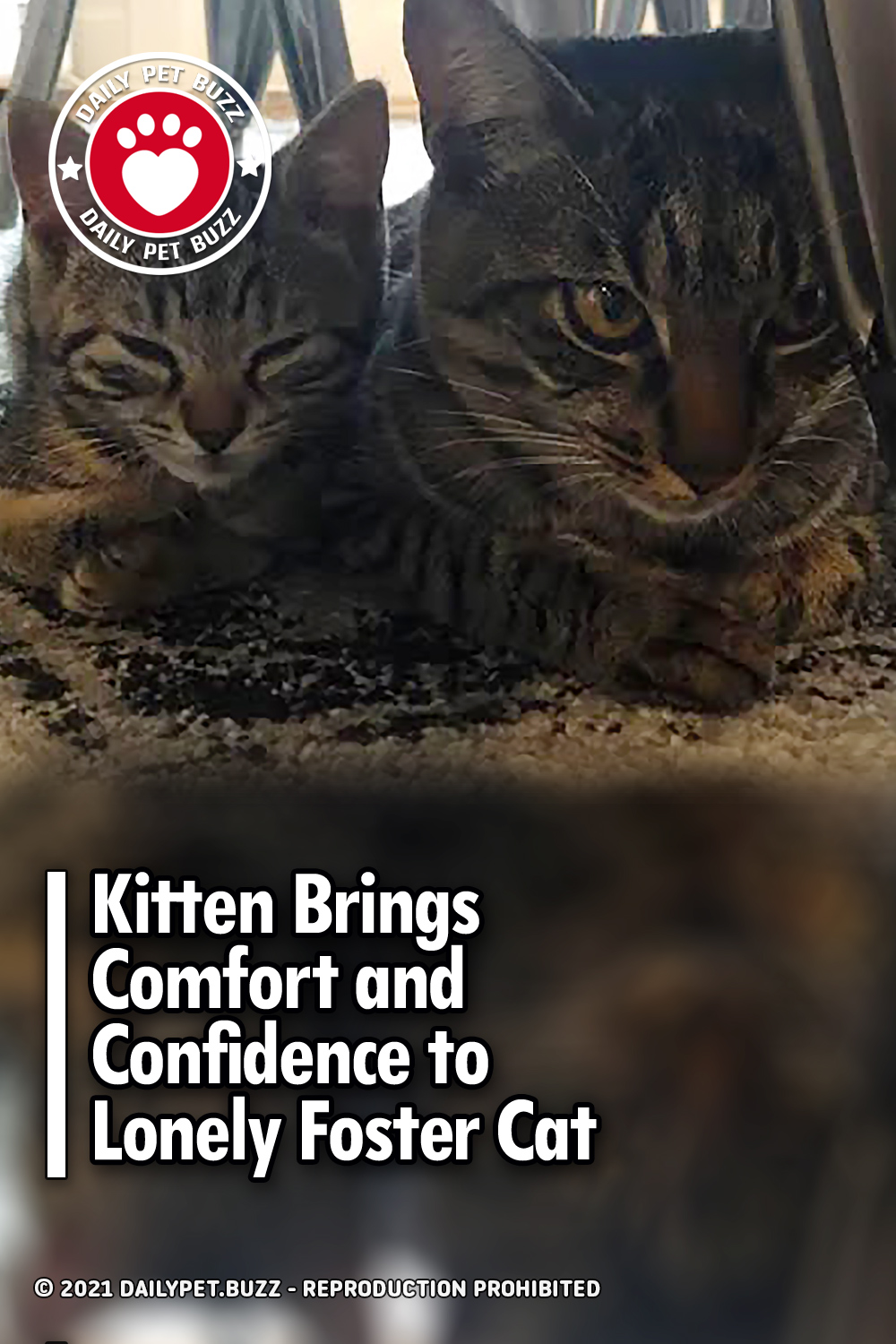