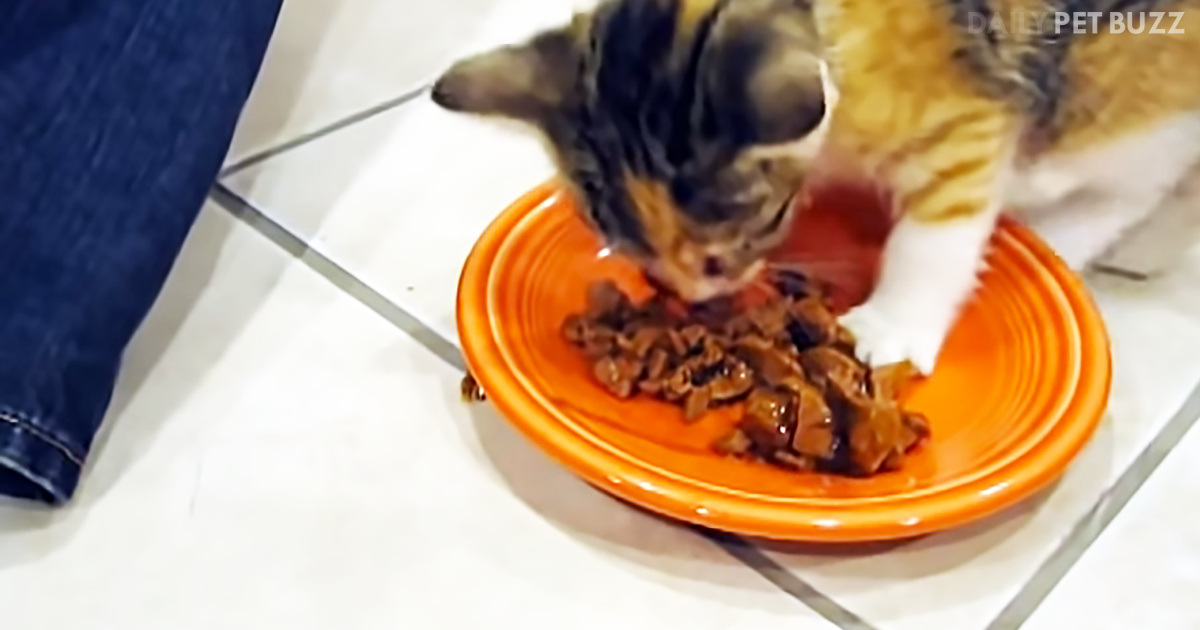 Trying to feed a cat can be distracting. While you’re getting the food out, they’re constantly circling, rubbing, and meowing a storm. If you’re not careful, you could do something like slice your thumb open while opening a can. Not that it’s happened to me. Um. Excuse me – I’ll be right back. I need a band-aid. For my thumb. OK. Back. But once the food is set in front of these cats, they won’t move away from their dish even if Armageddon is occurring outside.

They also do NOT want anyone else taking their food and guard it fiercely. This video demonstrates a kitten showing that instinct already. The kitten starts eating, and then it covers its plate with its body if it senses that anyone getting near it might steal its precious meal.

Maybe it’s actually a part of a larger litter since the behavior is of one who regularly gets its food stolen. NOT THIS TIME. It even starts swiping at the hand and fork that is trying to add more food to the plate, not comprehending that the pile is growing and not shrinking. Yes, the people filming this might go a little bit too far to get the reaction that they want. It’s like some people on nature shows. ‘Ooh. A sleeping bear! Let’s poke it with a stick. Poke. Poke. Poke. Poke. AHHH! IT’s AWAKE AND ATTACKING US UNPROVOKED! RUN!!!’

While it’s cute, they might also be causing the kitty stress. But what a tenacious guardian it is. This isn’t some kind of analogy to suggest that we should all cover our own plates and snarl at anyone who comes near it – though pizza is an exception. You come near my allotted number of slices, and we’re going to have words, I promise. Perhaps this kitten will grow out of its overprotective attitude towards its food, or it might be hogging its food dish all its life. Only time will tell. 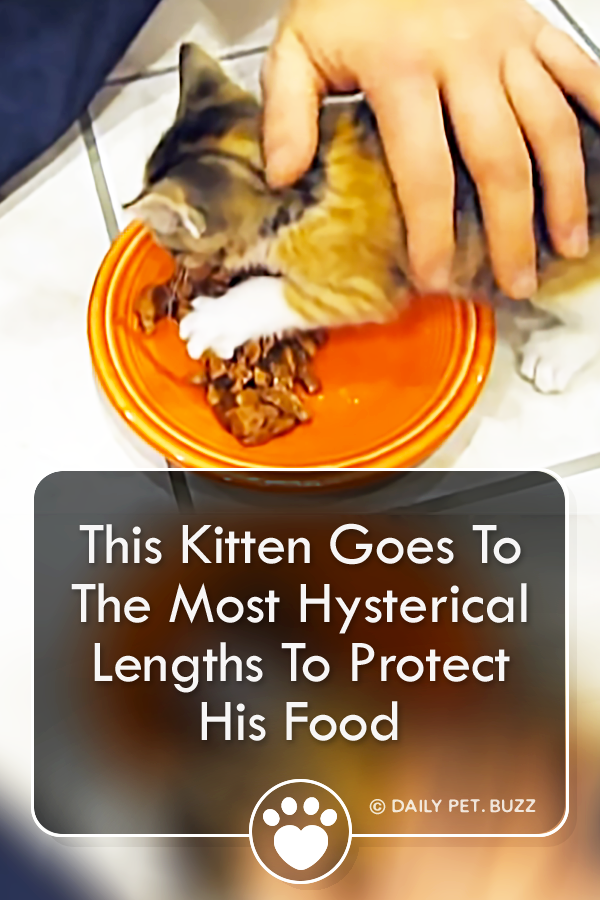