Dogs are incredibly noble creatures that let trust and loyalty dominate their bond with humans. There are many different breeds, however all dogs respond with amazing respect to a kind human. Sadly, Pitbulls, are one of the most misjudged dog breeds nowadays-believed to be too aggressive and even banned in some states-when really it’s just as loving and tender as any other dog.

In the past, pitbulls were considered to be great nannies or companions, however due to their frequent use during illegal dogfights, their image is perceived to be more violent. Thankfully, it has become more and more obvious, as more people ignore the stigma, that pitbulls are really very caring dogs! It is delightful to see scores of videos on the internet of pitbulls being adorable along with their happy families!

This video features the story of an extremely brave pitbull that went the extra mile to protect her family! One night, while everyone was asleep four trespassers made their violent way into the house and as one of them pulled out their gun to try to shoot the father, the brave dog jumped in front of the attacker shielding his owner!

Watch the clip above to see how she was able to cope with bullet wound and how the community helped this brave pitbull! 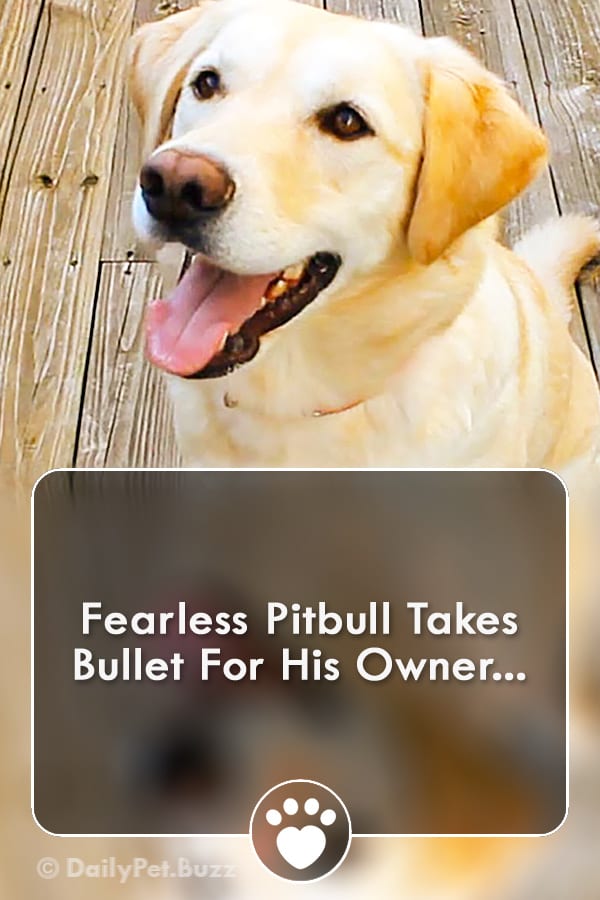