I love talking to my cats and having them answer me. Sometimes they just sit there slowly blinking at me ” which I hear shows contentment. Other times, I’ll ask one of them if they have something they’d like to say – my male cat goes ‘MEOW!’ or ‘ROWR’ and the female one makes a higher pitched ‘Mew!’ sound. I don’t think they have been as cute as this kitten in this video – but let’s not let them know that I think that. I like being relatively scratch-free.

The kitten in question is laying on his mommy’s plate. He’s a little bigger than a newborn, but he’s still small enough to have room around him on the plate. It won’t be too much longer before he dwarfs the plate, though. His mommy brings the camera up to him and starts talking to him. He replies with the cutest ‘meows’ ever recorded. This goes on for a good minute of back-and-forth until the video ends.

Another thing that is unquestioned is that the kitten has already figured out his hierarchy in this household: he rules it. He’s already claimed this plate as one of his thrones and he will abdicate it only when HE is good and ready. All he needs is a crown and a scepter to hold in his tiny little paws. Oh, and a cape, since kings love to wear capes. Then – he will become King Kitty… of that house at least.

I would hope that his mommy would wash the plate afterwards, unless she just has it out for decoration. Still, if she has a visitor, would she want to be displaying a plate that has cat hair on it? Knowing me, if one of my cats did that, I would wash it at least three times before putting it back out. Then again, I can be a little bit of a neat freak. Washing it twice should be fine if you have a cat that does it –

Wasn’t this whole thing so adorable? I couldn’t stop watching. How about you? Let us know the number of times you watched it in the comments section. Also, please ‘Like’ us on Pinterest. 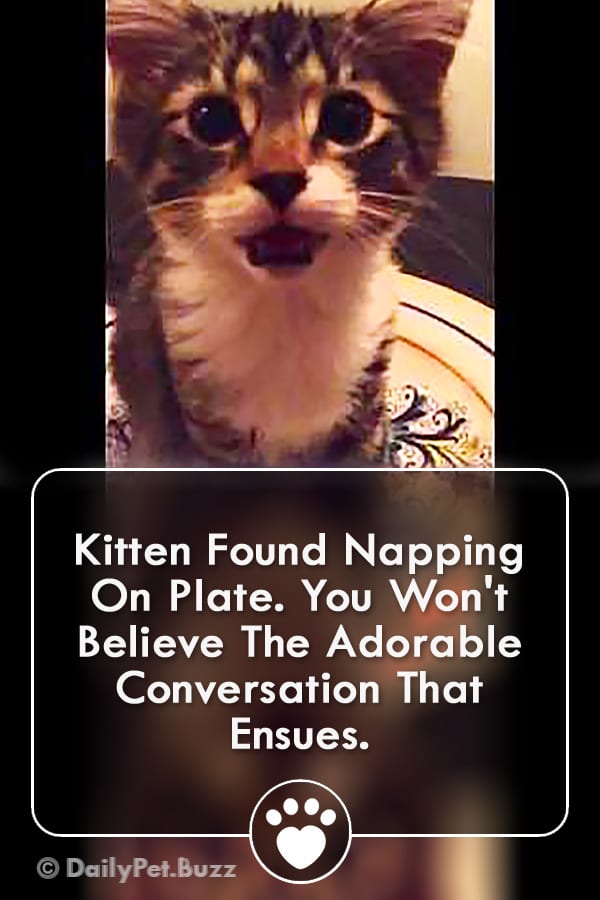