Dogs are probably one of the most adorable creatures in the world. And their puppies are even cuter, if that’s possible. Puppies tend to be more playful and restless than their older counterparts, and sometimes this can really test the patience of the older dogs. Take for example the cute little pup featured in the video above! He’s beginning to find his voice. You are going to be in hysterics when you see this!

This puppy was playing with his older brother, who seems pretty calm and chill, but tolerant of his little brother’s desire to play. This little Husky pup is very lively and enthusiastic, but the older pooch looks like he wants to relax for a bit. The puppy, however, doesn’t really give him a chance to unwind.

This little Husky seems pretty persistent and is teasing his older brother, trying to get him to react and play with him. He is really determined to get his brother to play with him, but he’s still quiet and at first, we don’t really hear any noise on the video.

But that doesn’t last long. This puppy finds his voice. That’s when the puppy lets out an adorable bark to protest his brother’s laziness. But the best part is what the older dog does. The look on his face is priceless enough, but what he does next is hilarious.

You are going to be in stitches when you see what the older dog did in response!

Watch this adorable video above! Did this crack you up? Let us know what you thought about it in the comments section! 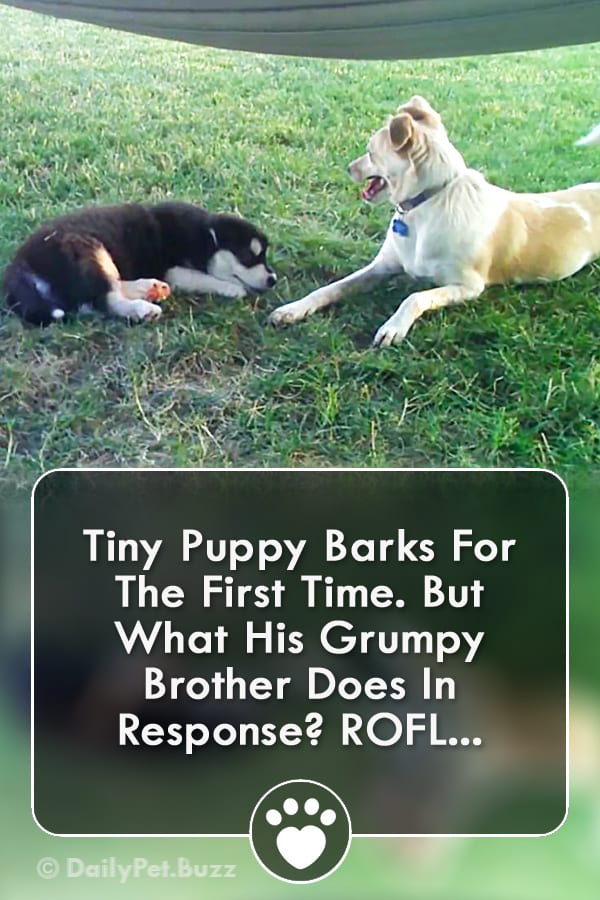