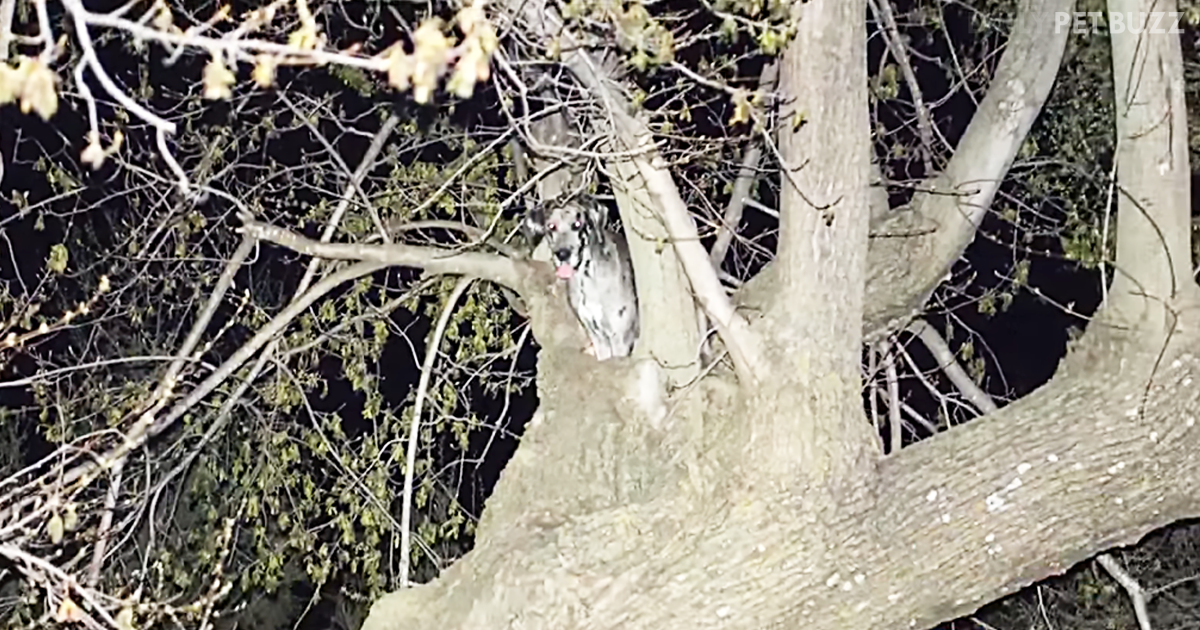 I have to say that this is the weirdest video that I have seen in a long time. It’s the most improbable scenario that I could ever dream of – yet it happened. I can’t imagine what the rescue workers were thinking as they were en route to this scene. I can’t even comprehend what I might have thought in that situation.

Yes – watch this video and learn about – the Great Dane Who Got Stuck In A Tree. No, it’s not a kid’s book brought to TV. This is real. Kora’s daddy came home and found she was missing. He looked all over and couldn’t find her. The only place he didn’t look was – up.

Eventually, he heard whining, and he traced it to a tree – where she was 20 feet in the air. Yes. A Great Dane had climbed up a tree and was stuck. This was not a dream. Kora’s daddy was not about to wake up in bed.

So, he had to get her out. He realized that using a ladder himself was out. So, he called the fire department, who must have thought it was a drunk prank at first. They got there and realized it was true. Now to get her down. This was no simple task. Kora was a 120-lb dog. One of the big burly firemen MIGHT have been able to do a fireman’s carry, but the odds of her letting him do that was low.

They set up a tarp in case she fell. Ultimately, they put her in a harness and started lowering her. The harness snapped, she fell – onto the tarp. She leaped off the tarp and just wandered home as nothing had happened.

I would have loved to have been a fly on the wall when dispatch got the call. ‘A Great Dane stuck in a tree? Is this a prank? Really? OK, I’m sending someone over there, but if this is a joke – ‘ The second most priceless thing would have been seeing the firemen’s faces when they did see that it was, indeed, a Great Dane stuck up in a tree. I’m sure that one of them probably said, ‘Now I’ve seen everything – ‘

What an incredible story. Could you imagine that happening to your dog? Don’t miss this hilarious dog getting rescued from a tree in the video below. This is a clip that needs to be seen to be believed. 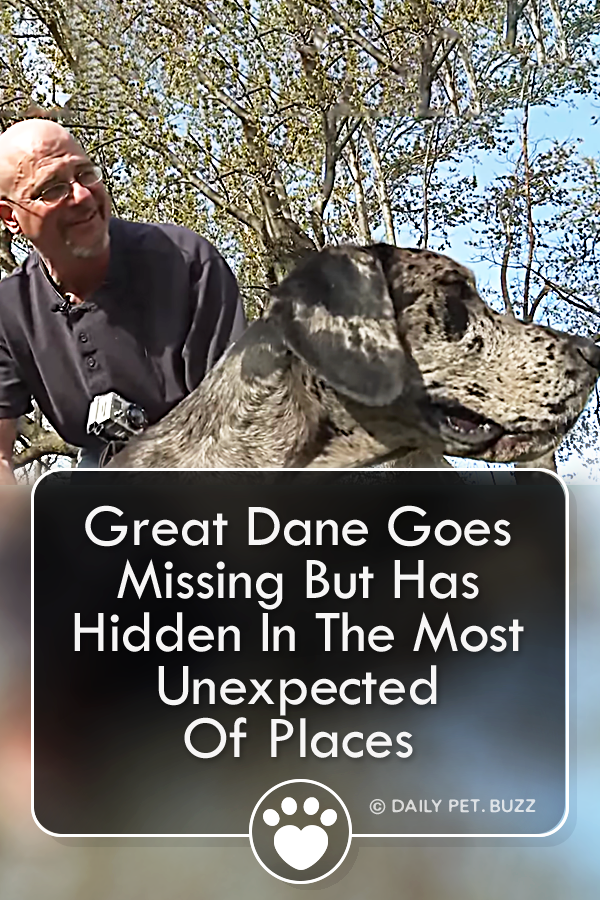