The inside of a car on a scorching summer day is probably one of the hottest locations you will ever find. The reasons why some people continue to leave their pets or even babies in there is something that I don’t quite understand. If people only knew just how hot it can get there, and especially how fast it does, they would probably stop doing this.

I bet you have heard the old saying that says, ‘It’s so hot outside you could even fry an egg.’ . However, one man decided to take the old saying a little further, so he could demonstrate just how deadly the inside of a car can be. He got into his car and drove downtown to simulate an ordinary day running errands. He took with him a thermometer, a frying pan, an egg and that’s it!

I am sure after seeing this demonstration you will think twice before leaving anyone inside your car ‘for a few minutes.’ The reason I stress this a lot is because every year, many dogs die because they are left in overheated automobiles. The owners didn’t think much of this because they were only going to take ‘a few minutes,’ and for some reason ended up forgetting and leaving them much longer than that.

You might be sure that you’re going to take a little while running your errands, but all it takes is one unexpected delay, and the result you’ll have will be a different one altogether. At times people get confused because they are driving with their AC on. So, as soon as they arrive at their destination, the weather doesn’t seem that cold.

Many people believe that it doesn’t get that hot inside. After all, even when they have been absent for a while and then turn back, their vehicle is hot but bearable. This only feels like this because as soon as the owner gets back to the car, he or she starts lowering windows and turning the AC on. It’s only ‘uncomfortable’ for a little while.

The inside of a closed vehicle is completely different. The temperature rises as soon as the car door is closed. It increases at a very rapid rate. So, for the owner, it might just have been 10 minutes, but that day, that’s all it took to take the life of their pet. If you value your pet’s life even a little bit, do not leave your dogs in the car for any sort of extended period. Don’t get overconfident when the climate is cool as well.

But don’t take my word for it. Watch this video to see what the experiment yielded in results and please share it with your family and friends. Sharing it might only take you a minute, but it can work wonders for saving a life! 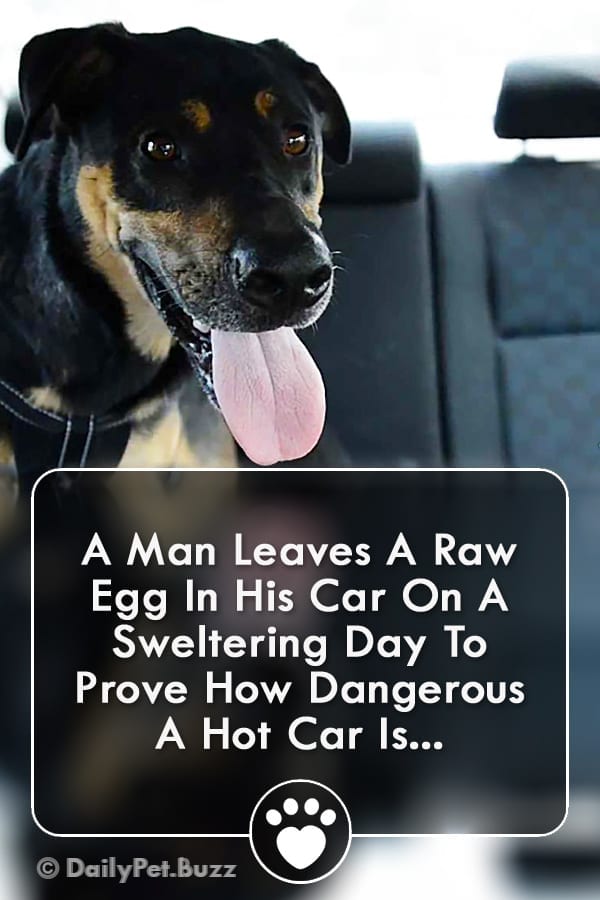