On April 7, 2007 Joshua was heartbroken when his beloved puppy, Duke, disappeared from his yard. He knocked on doors and canvassed his neighbourhood, but eventually had to resign himself to the fact Duke had been stolen.

But last week, something incredible happened. A woman spotted the now nine-year-old, 120-pound dog wandering the streets. This kind woman dedicated herself to finding Duke’s owner. He appeared to be in pretty good shape when she found him, fortunately. Perhaps he had gotten out of his yard rather than being abandoned, but in any case, it meant that Duke might be going home to his original owner.

The Good Samaritan took the dog to Tamiami Animal Hospital, where they checked him for a microchip. The chip linked back to Joshua, who in the meantime had gotten another dog he named Duke Jr, and who had also become a dog trainer. Never in his wildest dreams did he expect what came next.

Joshua was called to the hospital, where he anxiously waited to reunite with Duke. After their heart-warming reunion you’ll see below, he took Duke home to join his wife, their two young sons, and their three other dogs.

Duke hadn’t played with Joshua for eight long years, but it’s almost like they never skipped a beat. Duke still remembers Joshua’s scent, voice, and commands he learned as a puppy. Of course, Joshua will never know what happened to Duke and where he’s been all this time, but he and his family are overjoyed they’ll spend the rest of his life as part of their family. 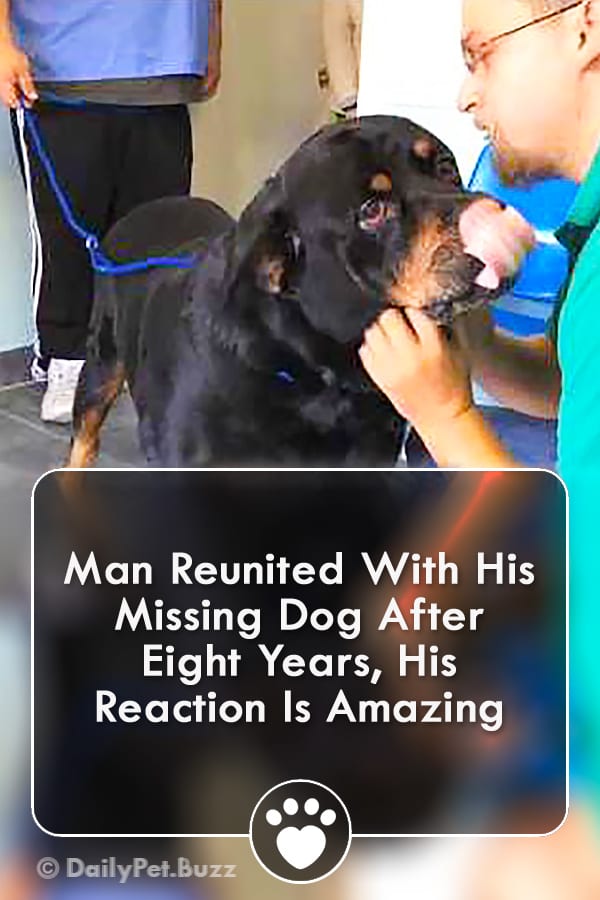