Many people think of cats as being cold and aloof towards any species that are not their own. Heck, they can be that way to their own species too. They are fiercely independent and anyone who doesn’t like that can go kick rocks with bare paws. Though there are exceptions out there. We see that in the video of this cat named Winston helping out a puppy named Zeke, who is resting off an allergy attack from a certain type of grass.

The daddy may have been worried about Winston accepting Zeke. Forget about that. The kitty does all he can to help nurse the sic k pooch back to health. He licks the dog’s head constantly, interrupting the process a few times to lick himself before resuming. At the end, he snuggles his head against Zeke’s. It’s such a marvelous sight. The dachshund seems zonked out the entire time, but he surely appreciates the effort.

Winston accepts Zeke like he’s one of his own. He wants the pup to get better so they can play together. He’s formed a bond with him in the short time that they have been together. I’m sure that once the pooch is recovered, they start playing together like the lifetime bud that they are destined to become. Any other result is very disappointing. Zeke’s going to likely have another allergy attack and he knows that Winston will be there to help.

Maybe it’s because both of them are fairly young. If Winston was a bit older, he might not have the same reaction. The independent instinct may not have kicked in yet. Perhaps it won’t ever do that now that he’s been exposed to Zeke. That would be a great thing for both of them. Zeke seems like a sweet dog too. Then again, it’s hard to not see any animal as being sweet when they are asleep. Here’s hoping they make a lot more videos.

What an adorable pair here! Aren’t they? Can you think of anything better? Tell us your thoughts below! 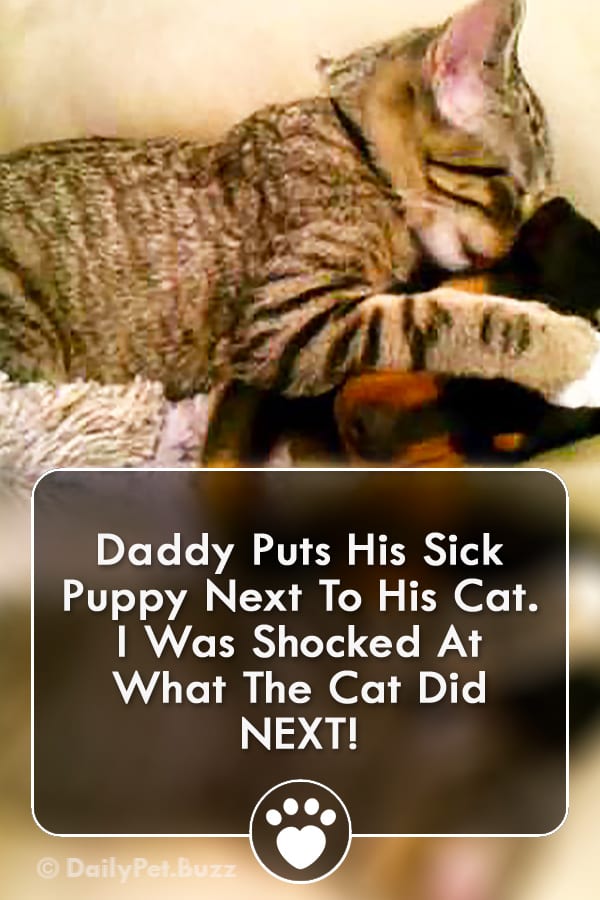