We’ve had a lot of stories of dogs lately. From stories of courage to heartbreaking moments. Dogs never cease to surprise us and there have even been stories so wonderful that they have been taken to the big screen. One of the most popular is the story of Hachiko. Hachiko’s story took place in Japan. He was adopted by a University Professor. Initially, he didn’t want animals, but the small puppy stole his heart.

One day the Professor wanted to play fetch with the dog, but it wouldn’t chase the stick. When he asked a friend, he told him that Hachiko’s breed, an Akita was not like any other dog breed. Their temperament is very different. They are very independent dogs that do not always wish to please their owners. This is the reason that it takes a very special owner to have one.

This carried on for several years until one day, the dog started acting very strange. Suddenly, he didn’t want the owner to leave. The dog even tried to play fetch to get him to stay. Nothing could make the Professor stay. He boarded his train and went to work. While at work he fainted in one of his lectures and passed away. Hachiko had sensed that something was going on.

That’s why he didn’t want the Professor to leave! After the Professor was buried Hachiko would go to the same train station in the morning and evening. He did that every day until the dog passed away. His story became so famous that they even built a statue to honor the dog’s loyalty.

A similar thing happened to Thomas McCormack and his dog, Paddy. Thomas went to work as any other day. He secured his dog in his backyard and thought everything would be ok. He was shocked when he boarded the train and saw his dog standing next to him. How was that possible? How did his dog manage to escape? When you watch the video, you will be more than surprised! 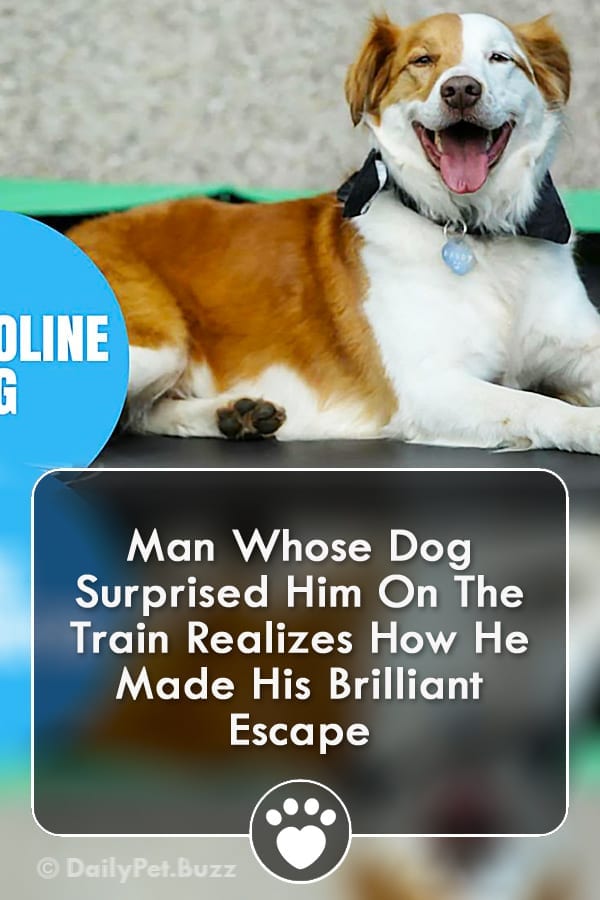