The streets are a terrible place for a dog to live. Especially in cities that have ever-changing climates. If they live in a place where it doesn’t get too cold, then they should be OK. An East Coast city in the winter? That’s a whole different story. It can get REALLY cold there. Let’s not forget the snow. But here’s a story about a stray dog that braved all that and even worse on her road to redemption.

A Philadelphia rescue brought in Izzy off the street. Not going to lie ” this was a tough thing to watch. Her hair was so matted that there was blood underneath. It’s amazing that she lived as long as she did. Her body was very malnourished and wracked with parasites and worms. She was very close to death. But something kept her from surrendering to the ultimate darkness. There was still fight in her.

It’s really disturbing to see how bad off she was at first. They couldn’t just clip her hair away at first. They had to help her heal her skin underneath. She then had to get more strength to stand up on her own. That was the easy work for them. Getting her to trust people was even harder. She didn’t let the staff get near her. But then a young girl came in and gravitated towards her. This was after a full grooming, too.

Now she’s got a forever home with this girl and her family. It’s amazing how one person can change a whole dynamic, isn’t it? Going from seeing no way out to knowing that you are loved can change in the blink of an eye. Izzy was given that chance by a host of people, but it was just that one lone girl that changed everything. I think that’s definitely more than just random chance. This is fate.

Were you as moved as I was? Isn’t Izzy so precious now? Please leave your thoughts in the comments section below! 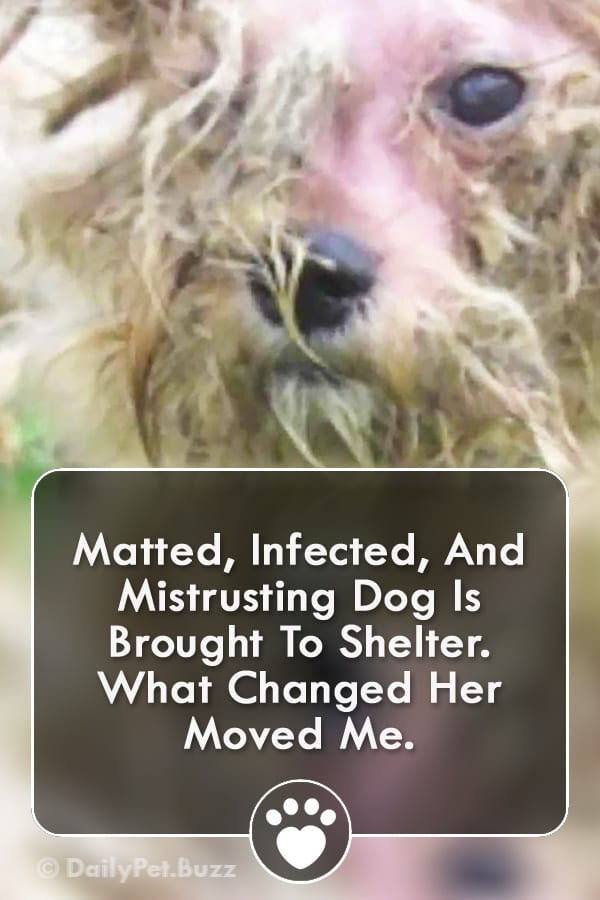