Jenni is absolutely crazy for her horses. She is the owner of Saratoga Stud in South Africa. This video shows most beloved horse, Daisy. Daisy became pregnant for the first time in November 2014.

She was in labor when Jenni and her co-worker Guy were notified and brought up to the stables. She was already a week late, but they were able to help her out with the challenging delivery.

She was the beaming parent of a gorgeous palomino colt named, of course, Don Quixote. Mr. Quixote was small compared to the size of his mother, but they thought he was healthy and so nothing seemed off. Then Jenni and Guy took another look at Daisy who wasn’t bouncing back like normal and they realized that she was still in labor!

Daisy also gave birth to a female filly Duet, a short time later. Jenni said that the two are inseparable and that they only really go back to Daisy for a drink now and again. She also stated that they will never be put up for sale. They are too special. It is pretty rare for a horse to give birth to live multiple deliveries. They are all doing just great and the two new additions are making their way into the hearts of everyone at the ranch.

Please let us know what you think of these two and please share the video with friends and family. 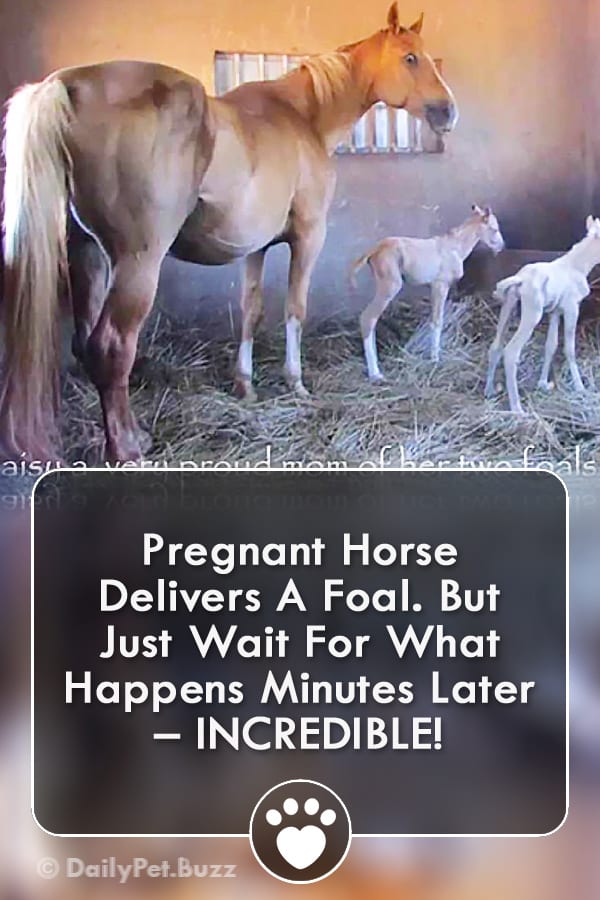