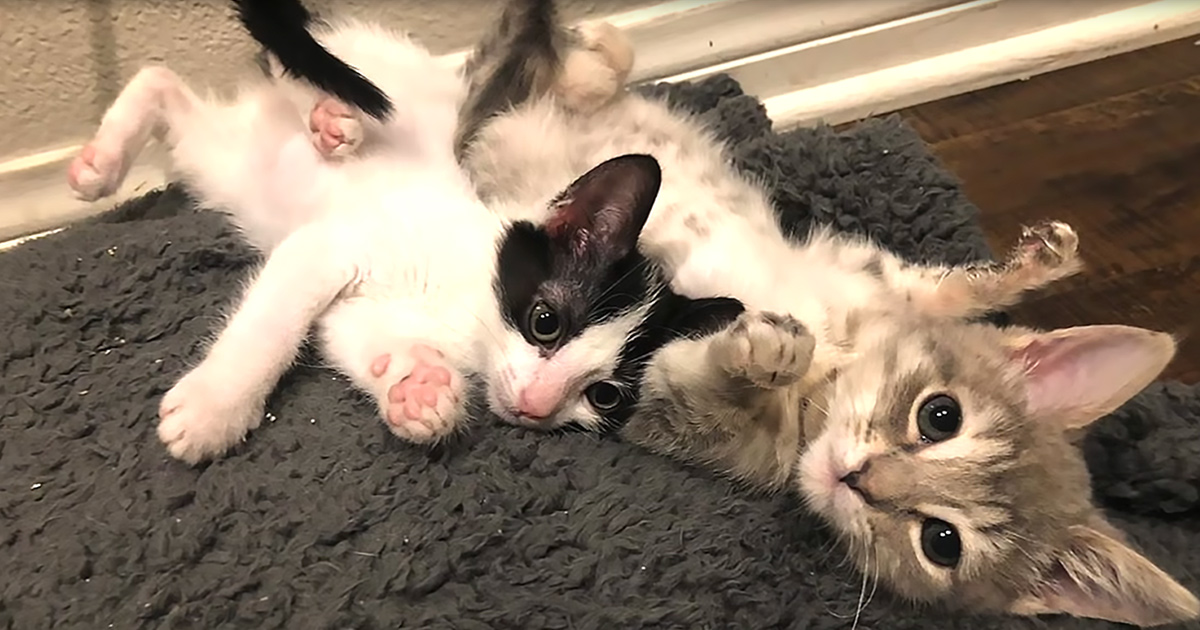 Unable to properly use her front legs, which spread out to the sides uncontrollably, Melody the gray tabby kitten needed special attention and physical therapy to experience any kind of normal movement. Poco, the sickly, introverted, and lonely kitten who had just lost his sister, entered the foster home where Melody was living. The two kittens bonded immediately upon meeting one another.

Melody had a deformity that had occurred during her development, called Swimmers Syndrome, making it impossible for her to use her front legs without help from splints and physical therapy. Poco needed constant reassurance, love, and companionship following the illness that he had barely survived, which had claimed the life of his sister. Both kittens had their own battle to fight, but their attachment to each other helped them each overcome adversity.

Although the loving and attentive care of their foster humans deserves credit for helping Melody and Poco in their progress, the bond between the kittens played a significant role as well. After intense physical therapy using splints and special exercises, Melody learned how to use her front legs almost as well as other kittens, but it was her play with Poco that gave her the incentive to put her legs to use. Now Melody can scamper after her friend like a champ with only a little relative indication of her disability.

Likewise, their human foster family nursed Poco back to health, but it was the constant love and companionship from Melody that helped him open up and really integrate, giving him the will to live that he needed to recover fully. Despite the presence of other foster kittens in the home, Poco and Melody spend all their time playing and cuddling with each other, as if there are no other kittens around. The two are truly bonded and will eventually go to a forever home together. 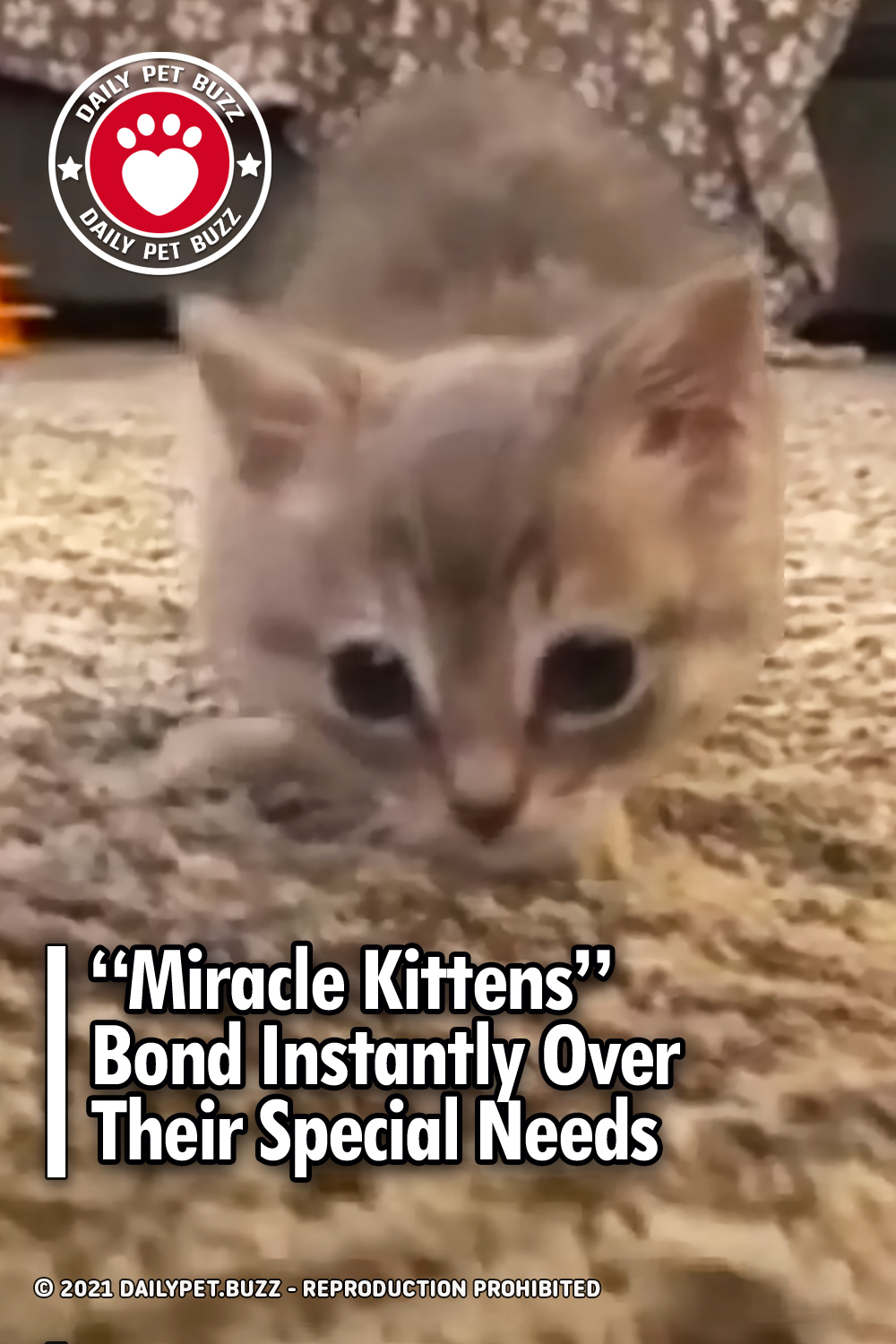