It would be very difficult to make it through life without support of any kind. Life can seem callous, cruel, and uncaring at times. Unfortunately, it also tends to not be fair ” bad things can happen to good people and vice versa. This whole presidential scenario can point to the latter. Some people and animals can find themselves crushed by what happens to them – and that can make them climb into a sheck that is nearly impossible for other people to break through. This video shows one of those animals.

Sassy was a stray dog who was brought into a shelter. She was very timid and wouldn’t allow any human contact at all. That probably meant that she was mistreated very badly by her former ‘owner.’ How afraid was she? She wouldn’t even allow any incidental contact. Her trainer had probably seen cases like this before and knew exactly what to do. He didn’t give up on her, but he didn’t push himself on her either. This was not an overnight situation for him.

Ultimately, it took him six months. Over the course of that period, Sassy began to open up more and show signs of trust. She no longer hid in the corner of her cage, scared to let anyone touch her. Her trainer was gradually able to pet her on the head and then scratch behind her ears. Those were huge milestones for the pooch. Eventually, the trainer deemed her fit enough to go to a forever home – so she ‘graduated’ and went to a mommy who adored her.

Sassy began to live up to her name ” she lavishes kiss after kiss on her mommy. It’s like she has a bottomless supply of kisses. This is such a big difference from the reticent dog that was brought to the shelter months ago. Now she’s loving life and it’s loving her back. This is why having that support network is huge. There’s no way that Sassy becomes sassy if she doesn’t get that help.

Wasn’t Sassy’s story amazing? I thought so. Good for the trainer for sticking with her. Don’t you agree? Let us know in the comments section. Also, please ‘Like’ us on Pinterest. 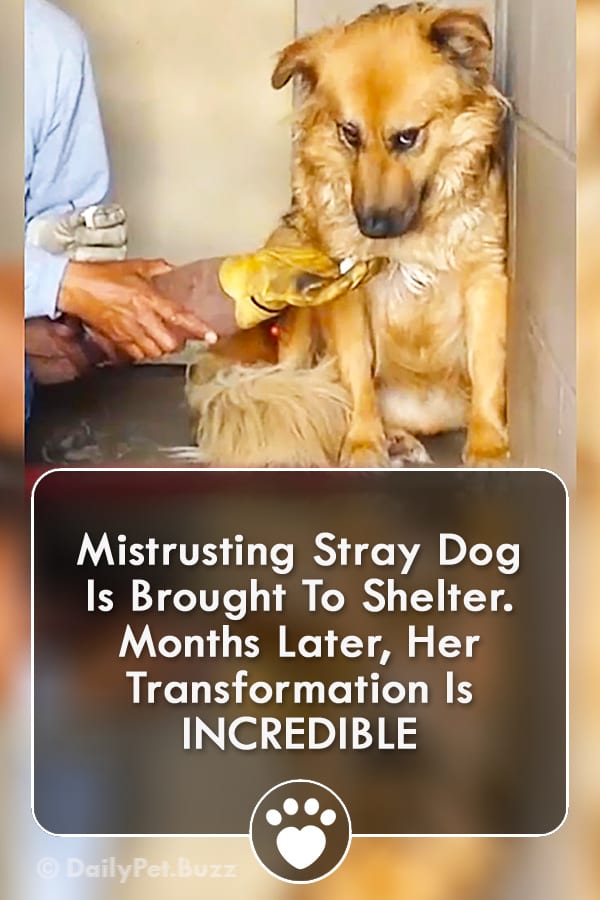