Of all the breeds of dog out there, pit bulls are the most misunderstood and have the worst reputation. While any dog is really only as mean as its owner, most people are convinced that pit bulls are inherently vicious and aggressive. There’s an element of guilt by association: the breed is popular in the world of underground dog fighting and also among urban toughs who want to walk the streets with an attack dog on a chain.

Children with autism are also frequently misunderstood, their behavior and personalities baffling people who don’t know any better. For a boy named Jonny, his autism caused extreme anxiety. He was perfectly happy at home with his family, but going out in public was a big challenge.

Jonny’s mom found out about a rescued pit bull named Xena and decided to adopt her. Little did she know how this canine addition to the family would transform her son’s life. The family already had two dogs, but Jonny never interacted with them. As his dad said, “It was as if they were in parallel worlds.” But from the moment he met Xena, the two of them started forming a strong bond. Not only did Jonny interact with the new dog but for the first time, he was able to outwardly show affection. His mom summed it up nicely: “We’ve spent thousands of dollars on therapy and I just said to myself, ‘That is the best therapy, standing on four legs in my family room.'”

As Chrissy Kaczynski of DeKalb County Animal Services said of Xena: “Some people are put off by pit bulls, but she’s a really a great example of how so many dogs of that breed can endure so much abuse and become just absolutely remarkable family dogs.”

To learn more about how this pit bull has helped open up Jonny’s world, check out the video posted below. Let’s hear from you in the comments at Facebook and be sure to like and share this heartwarming story! 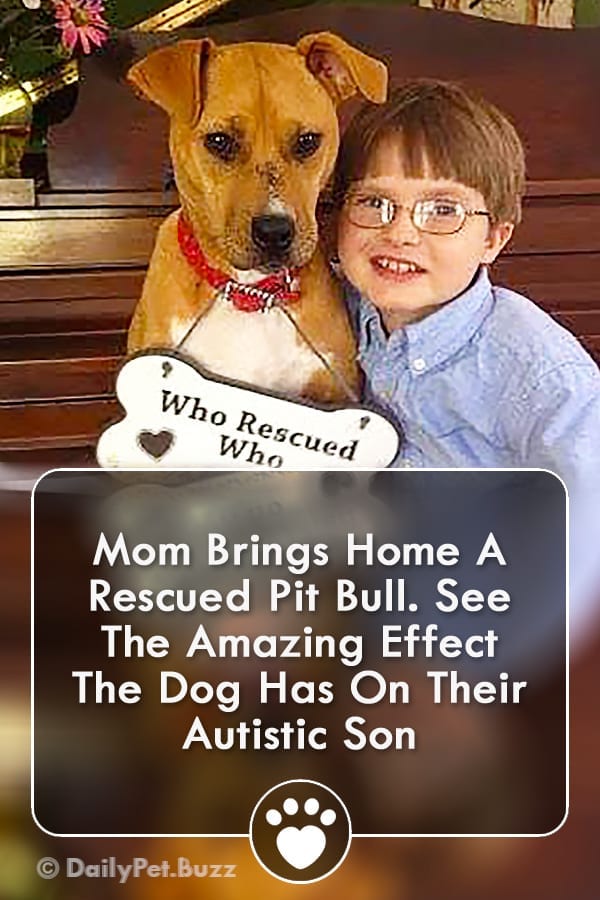