Dog show routines can be very hit or miss. There’s the whole wild card of the fact that you’re dancing with a dog. Yes, he or she may be awesome in the studio, but once there’s a crowd, forget it – everything goes up in smoke. Then again, that can happen with human partners too. Anyways, when human and canine go out onto the floor ” anything goes. We can see beauty or we can see a disaster of Titanic proportions – minus the sinking ship, of course. That’s not the case here.

We see a woman with a giant bow tied around her waist and a large dog come onto the exhibition floor. She stands in a robotic fashion, her arms out straight. The dog lays down, watching her every move. A subtle signal from her hand as she starts to spin is the cue for him to get up. The rest of the video is a mesmerizing look at the choreography between two as they go about their dance routine.

It’s amazing how good this dog is. There are times that he’s moving in lockstep with her, his alternating paws matching her alternating steps. They time the spins perfectly. It’s evident that the two of them have a strong bond with each other. There’s no hesitation in between steps and the dog’s massive frame is just as graceful as his mommy’s human one. I hope that the two of them went on to win.

There are people who get a bad image of dog shows. Those people probably watched ‘Best in Show’ and think that’s how all people who participate in these exhibitions act. That’s probably only – 80 percent true. It does seem like some of the competitors do get a little too – into it. I’ve watched about 10 minutes total of the Westminster Dog Show in my life, but it seems like this woman and her dog would be the normal people in the group –

It was cool seeing these two pull the routine off, though. It’d be interesting to see other videos of them doing different acts. What do you think? Tell us in the comments section below! 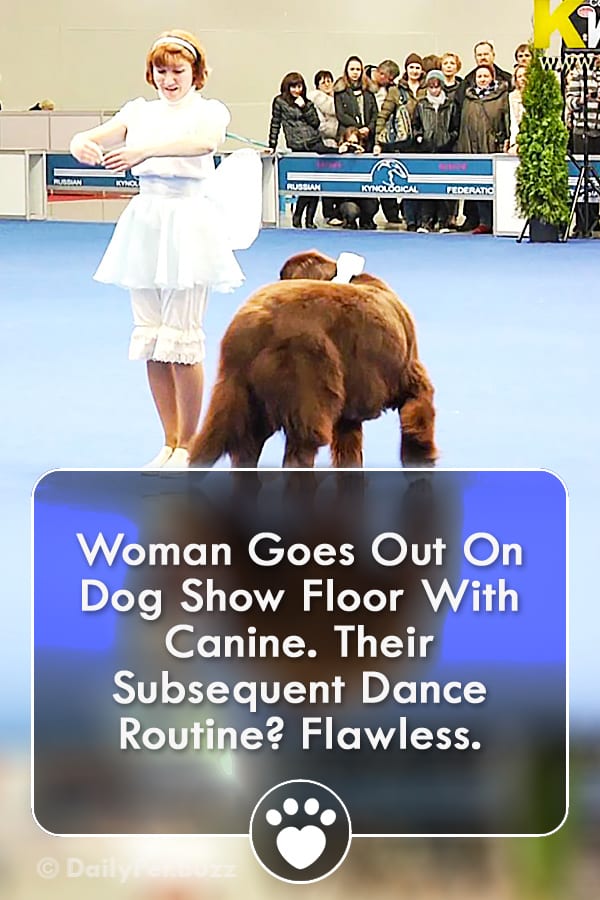