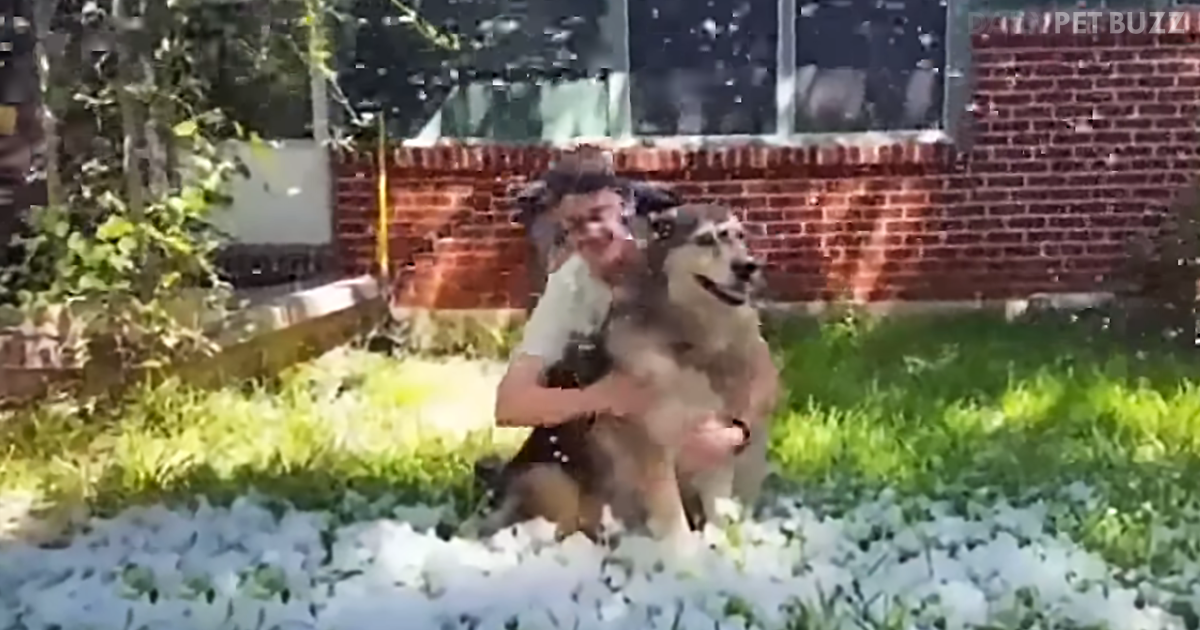 Ashley and her dog Spunky lived in Wisconsin. There’s often a lot of snow in that state, in case you all were not aware. She didn’t like the snow that much, but Spunky couldn’t get enough of it. He loved rolling around in it, playing in it. It was like a white playground for him. Ashley had reached her tolerance, though, and moved to Texas. She did promise Spunky that they would play in the snow one more time in his life.

They were living in Texas and having a good time of it. Then came a dread diagnosis: Spunky had cancer. The vet recommended that she put him down so as to avoid any suffering. Ashley remembered her promise to her baby, though. Spunky was 12, but he would always be her baby. They couldn’t go back to Wisconsin for the snow. What was she to do?

She didn’t want Spunky to pass before one more snow. Then co-workers at the Animal Center where she worked intervened. There was a snow machine that could make fake snow. It wasn’t going to be anywhere near the snow that Spunky had seen in Wisconsin, but it would be the closest that he would get. So, the two of them sat outside with the snow machine blasting out a reasonable enough facsimile. Spunky looked content while Ashley hugged him. It was enough.

These ‘bucket list’ stories always choke me up. Pets always give so much of themselves over the years. Returning the favor for one day, at least, seems like such a small price to pay. People take their dying pets swimming, boating, flying, skydiving (well, not so sure about that one), you name it. While it’s for the pet, there is also a cathartic effect on the mommy or daddy, too. They get to share one more happy time before the final goodbye. This eases the hurt, just a little. I was a mess by the time this video ended.