Siblings are always ratting each other out for things that happen around a house. There’s no code of omerta when it comes to little kids. They will eagerly sell their brother or sister up the river if it means that they can get some kind of reward. It’s a fine line too. Mommy and Daddy don’t want their kid to be shunned elsewhere for snitching. When it comes to dogs, though, the snitching gloves are off, like in this video.

We see two dogs, a boy named Harley and his sister, Loa, sitting in the kitchen, eyes on Mommy. A terrible crime has been committed: A cookie has been stolen off the counter. Mommy is probably a police officer. Her methods of interrogation are superb. She quickly convinces the innocent party to rat out the thief. Harley puts his paw on Loa’s head not one, not twice, but three times. Busted, Loa.

Chances are good that Harley was trained to raise a paw if he heard a certain word. ‘Cookie’ would likely be it. Poor Loa. She was such a good dog about it too, not biting her jerk of a brother. If I had a sibling that kept putting their hand on my head while ratting me out, there would be fisticuffs or pushing coming shortly thereafter. Or just mostly yelling if it was a sister that was doing it.

There’s even a follow-up video about the aftermath of this video. It turns out that Harley got stung by a bee the next day. Karma for ratting out Loa? It could be. The mommy even posts a picture of Loa in a bee costume. There’s text at the end of the video: ‘Hey Harley, Nobody Likes a Snitch!’ Maybe Harley will learn his lesson after this. Probably not. There will be more Cookie Thefts down the road.

Wasn’t Loa adorable with those sad puppy eyes? Harley was so funny too. Which one did you like more? Tell us in the comments section! 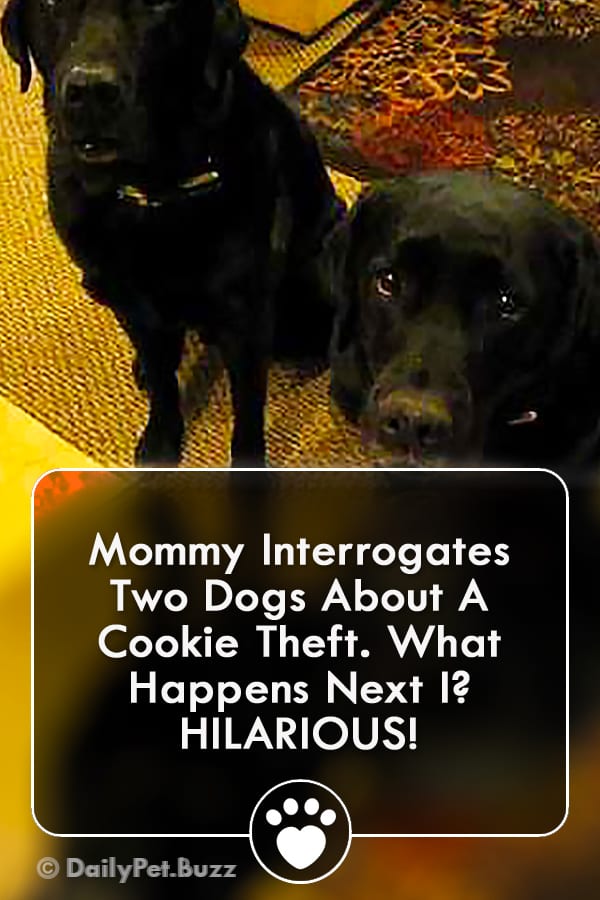