Losing a pet is one of the most devastating things that can happen to a dog owner. There are some breeds that are more prone to get lost than others. Such is the case of the beagle. The beagle is a dog that was initially used for hunting. They possess a superb sense of smell. This can also act against them. They are very curious critters and are very adventurous.

One such dog got lost. His name is Puppy. He is very adventurous and one day he decided to check out a scent he caught early in the morning. Because his owners had installed a high fence, he dug a hole and went through it. That scent took him about 4 miles away. After a while, he decided that it was not worth investigating anymore. He heads back home.

On his way back, he stumbles on another scent. This one takes him to the city dumpster. There he caught a wide array of scents and he was going to check each one out. He met another dog and they decided to play. Back home, he is always alone, so playing with someone was something he couldn’t pass up.

This is where his owners found him. Thankfully his owners could track him using a special tracker he had in his doggy sweater. He was returned home and his family took measures. Another case like this happened with a Chihuahua named ‘Chico’ . Chico gets very scared with bigger dogs. He had a traumatic experience where he was attacked by a larger dog. He got outside his house and got chased by some bigger dogs. He fled and got lost. While he was trying to get back home he was found by some kids and they took him home. They made posters and placed them around the city. The owners contacted the kids and he was sent home.

Kelly Thomas and Ted Kupferman were very heartbroken when they lost their dog, Bear. Both Kelly and Ted are very big on animals. Rescuing Bear had been an important experience for them. The couple has adopted many dogs throughout the years. There was something about Bear that was special. He is a much bigger dog than the rest, but he was absolutely their baby. There would do anything for their little boy.

After being in a car accident the dog fled the area scared into the woods. They searched for him for 12 hours with no success. About 16 miles away the dog was found in a junkyard by two ladies. Bear was still very scared and the women had a very tough time catching him. They set up a trap and catch him. Then they took him to a vet and that’s when they found he was microchipped. They found the owners and contacted them. Watch the video to see the heart-warming reunion. 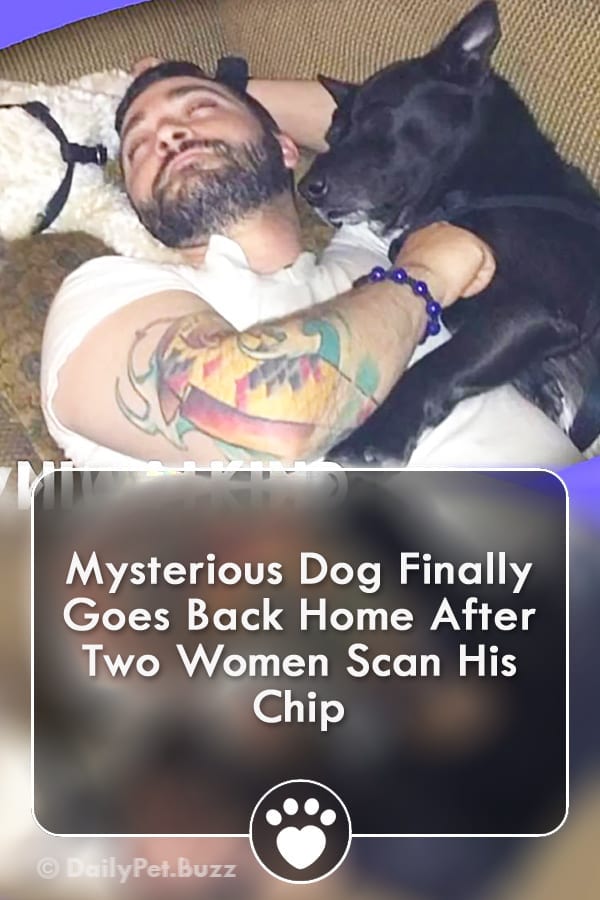