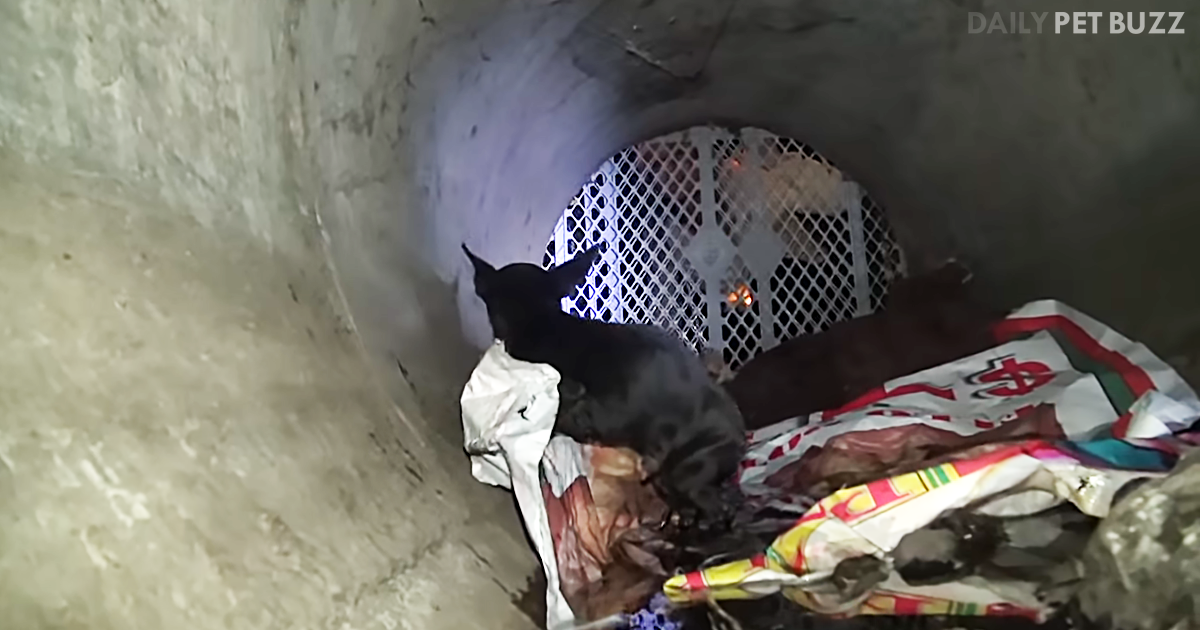 Hope For Paws is an animal organization working for the rescue and rehabilitation of poor, helpless dogs on the streets of Los Angeles. When this organization got a call about a Chihuahua living in a drain pipe under the highway, without wasting any further time, they headed for the poor baby’s rescue.

The condition of the Chihuahua looked pretty bad. The homeless dog was very scared to go near anyone. This video shows Eldad, the dog’s rescuer going down a drainpipe and finally being able to rescue the scared and shaken Chihuahua.

To be this small and living on your own in such a big world must have been terrifying for him. The drain pipe was filthy, and the poor dog was so skinny. He was terrified and put up a bit of a fight, but he was so small that once he got to the end of the drainpipe, Eldad and Lisa were able to put the lucky leash on him and use a towel to pick him up and carry him out.

The adorable Chihuahua was named Frankie. Living in such a drain pipe surely must have been so tough for this lovely dog. They took him to get a bath and a medical exam, and then he met Miley, another dog that had been rescued from a garbage pile. This was no accident.

The two bonded, and Frankie wasn’t as scared anymore. Both of the dogs were comfortable enough to sleep and gave each other lots of kisses as Lisa played with them. Watch this video showing the heartwarming rescue of this Chihuahua – we have posted it below. 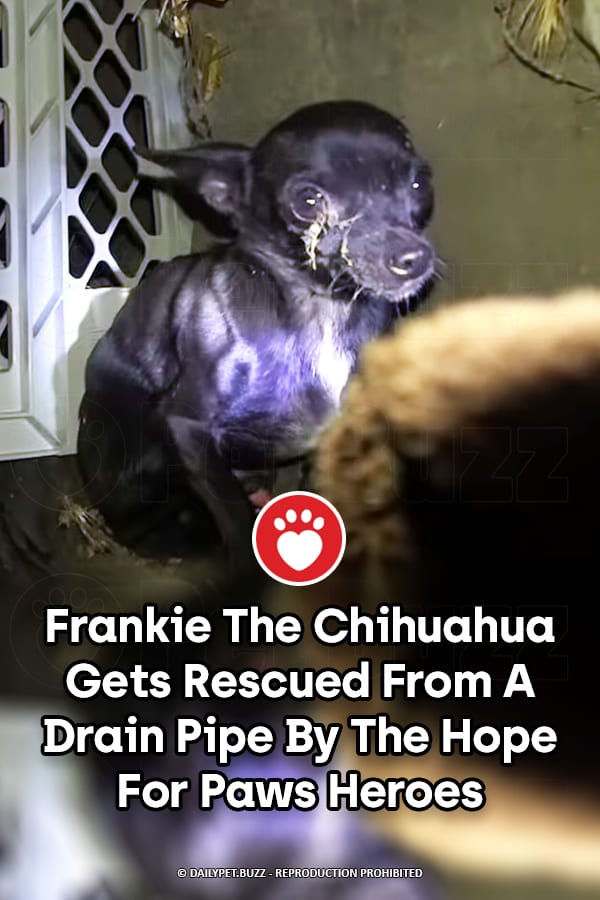