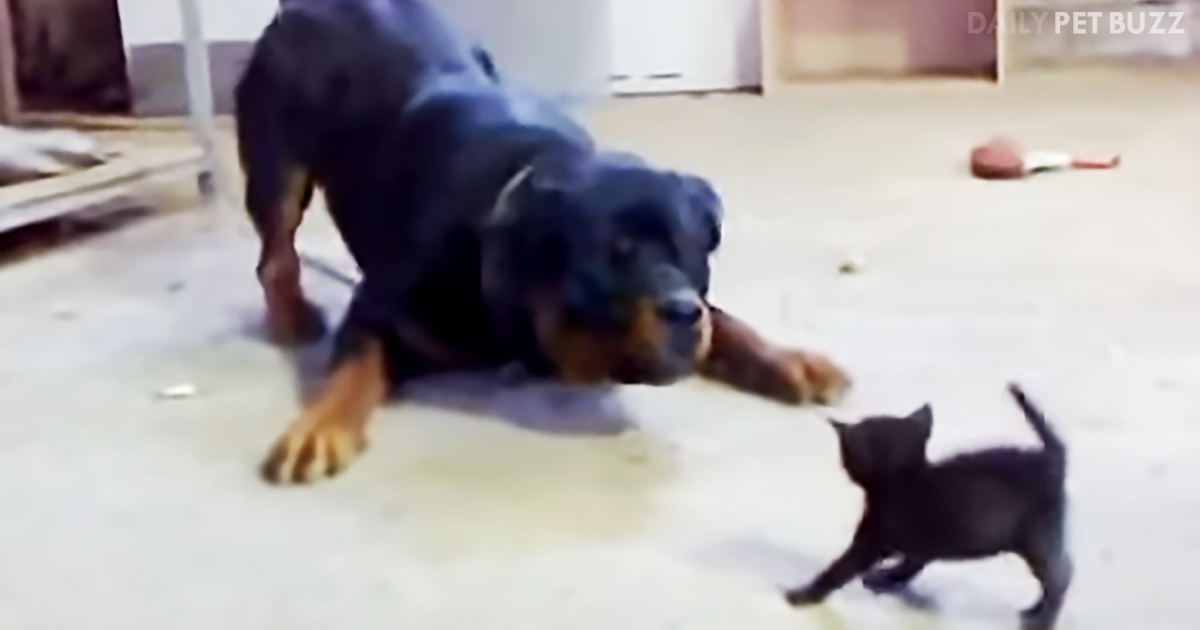 Practically everyone’s familiar with the story of David and Goliath. For those who don’t, David was a small boy, and Goliath, was a giant that could crush armies by himself. David brought down Goliath with a stone fired from a slingshot. It’s the ultimate underdog tale. It’s all about courage in front of a truly daunting situation. No fear.

This video shows something like that with a kitten and a large dog, minus the slingshots, of course. We see a tiny kitten, about the size of a pound of butter, standing in front of a Rottweiler that’s as large as a car – well, not that big, but close (maybe a Fiat?).

The dog’s on a chain and is barking quite loudly at the kitten. This kitty doesn’t take any guff, though, keeping his distance and moving around the warehouse. The people taping this are chuckling – one even slightly nudges the kitty. It ends with the kitten in a corner but otherwise safe.

People who think that this Goliath of a pooch is threatening this kitten need to take a breath, and watch the dog’s tail closely – it’s wagging half the time. The dog wants to play. He’s crouching down to kitty’s level and even has sad eyes sometimes. He’s just a big ol’ goof who has no idea of how to actually show he’s really friendly. If he were aggressive, he’d be pulling at that chain like nobody’s business and snarling. That’s absent in this case.

For all the kitten’s raising of his hackles, he knows he’s fine if he stays a certain distance from the dog. If he REALLY thought he was in danger, he’d be halfway off the screen by the time the guy filming it hit ‘Record.’ He’s taunting the dog too. If you look very carefully, he’s clearly saying, ‘Nyah! You can’t get me!’ He’s saying it in Russian since it’s filmed there, but you get the idea. No one is being abused here.

This video was so cute. I got a bit of a headache from the dog, but that’s what the mute button’s for, after all. They really are funny together these two and will probably become the best of buddies. Don’t miss this ‘David and Goliath’ story in the video below. 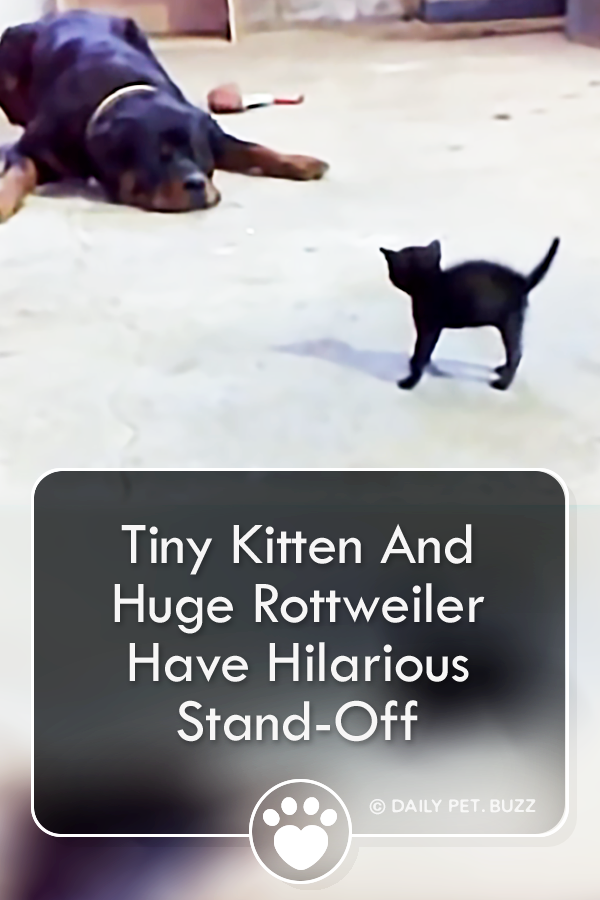