I have seen some very incredible rescues in my time. Some of them have been a result of an incredible series of events that cannot be written off as mere coincidence. I remember one such case that happened a few years ago. There was a man that took some days off every year to go and sail the seas. His wife had passed away and he still made the trip every year.

He didn’t go alone, either. He took his dog with him. It was one of those little dogs, one that looked like a Beagle, but even smaller. He had outfitted his dog with a ‘doggie’ safety vest in case he fell into the waters. I know that dogs are very good swimmers just as he did, but when you go far into the ocean the currents can get very strong.

So, he got ready and went with his boat to get some time of peace and quiet. That’s what he most liked about the journey. He didn’t take anything like cell phones. Besides, when you are that far, they don’t even have reception. So, what’s the point of taking them if you’re not going to use them? He did, however, have a radio on his boat, so in case of an emergency, he could contact the Coast Guard.

He was lying on his bed when he heard a splash. He went out to see if it had been his dog but could not find him anywhere. He knew his dog had a life vest, but the dog was nowhere to be seen. After a few minutes, he gave up looking for him and called the Coast Guard to inform them what had happened. The man returned to shore shortly where after a while, he was informed that a couple had found his dog and were on their way there. It was a miracle and an amazing rescue.

Another amazing rescue was the one that the Sri Lanka Navy carried out. They were about 10 miles from the shore when they saw a large body in the water. Initially, they thought it might be a whale, until the animal started moving. When they saw what it was, they couldn’t believe their eyes. What was that animal doing there? And more importantly, how were they going to get him out. Watch the video for the amazing conclusion! 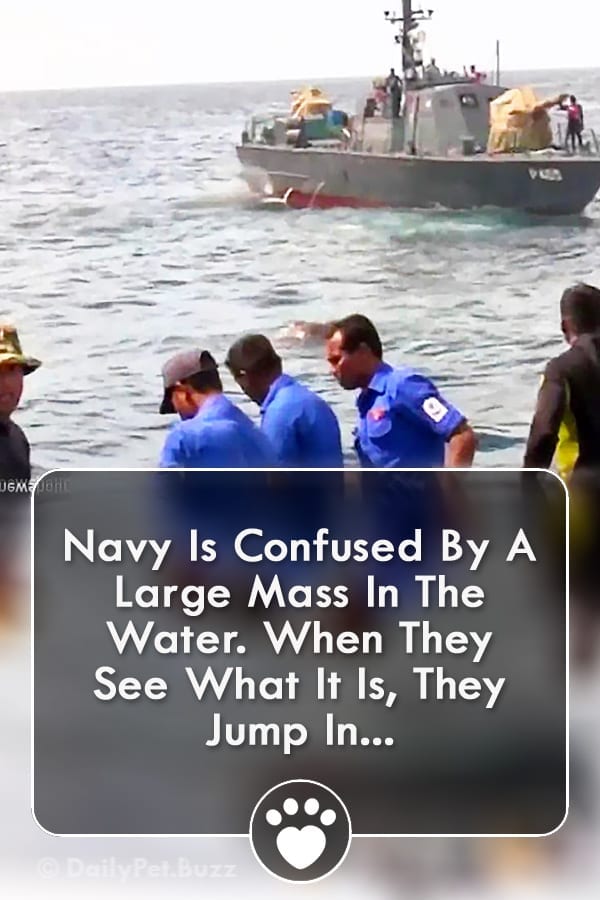