The Budweiser Clydesdales are Americana on hooves. The tradition began back in 1933. To celebrate the end of Prohibition, Augustus Busch, Jr. surprised his father with a Budweiser wagon pulled by Clydesdales. Since then, teams of these amazing horses have toured the country, promoting the brand but also giving people a chance to see massive draft horses of the sort that were once the go-to animal for demanding farm work or pulling a heavy load. The Budweiser Clydesdales also appear in television commercials, including special ads made for the Super Bowl.

These aren’t rent-a-horses. Taking an “if you want it done right, do it yourself” approach, the company has been breeding, raising, and training its Clydesdales in-house since 1940. There are currently about 175 of these magnificent horses in the company’s stables. Around 40 are born each year, although not all of them will go on to become official Budweiser Clydesdales. For one thing, only male horses can join the wagon teams. They also need to have the classic look: white on the face and feet and a black mane and tail.

The video posted below will give you at least a little peek at all the work that goes on behind the scenes. You’ll meet Jeff Knapper (job title: General Manager of Clydesdale Operations), who oversees the Warm Springs Ranch in Boonville, Missouri, home base of the Clydesdales. As you’ll see, he really loves the horses and they love him back. John Soto has been working with the Clydesdales for over 30 years. He’s a manager at the Warm Springs Ranch who looks after mares and their foals. As he says, “Even though we don’t see them after they’re two, they were born here. And if you go out on the road… and you see the hitch and those are your babies that we raised, you’ve got to have some pride in that.”

Are you a fan of the Budweiser Clydesdales? Let us know in the comments and be sure to like and share! 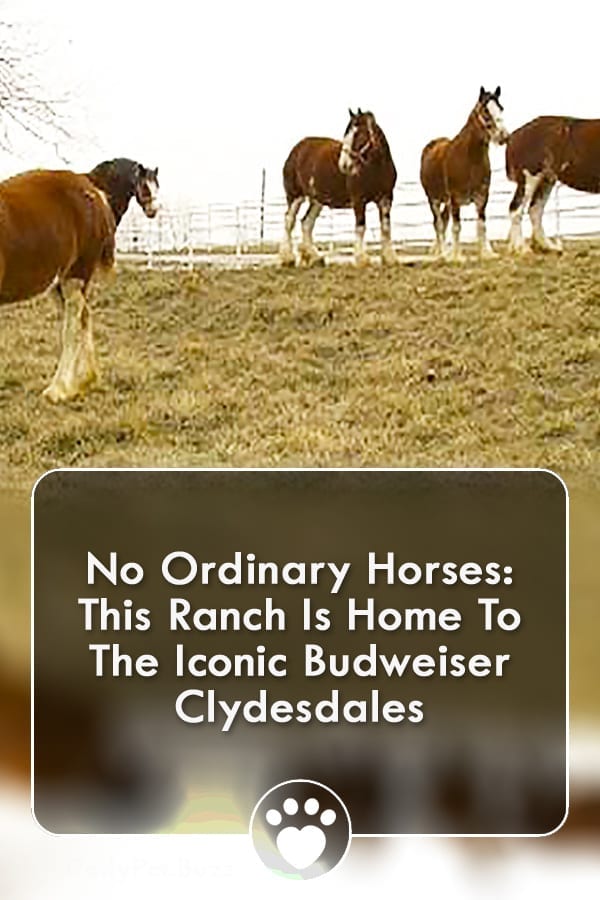