We have seen a lot of powerful rescues over the years, and the video given below features one of them. Animal Aid Unlimited is an animal sanctuary and hospital that is located in Rajasthan, India. This amazing establishment has been working selflessly to rescue and rehabilitate the countless number of animals suffering on the streets. Wait till you see this beautiful rescue!

The following video shares the rescue of a dog that had been living all alone in the streets. The poor thing was suffering from severe mange. It looked like he had completely given up hope. When the rescuers from Animal Aid brought him home, things changed for the better. This is one of the best transformations I have seen in my life! It is truly beautiful and unbelievable!

This poor dog was lying by the side of the road. They had to catch him with a net so he wouldn’t run away. When they got him to the animal aid center, they fed him and treated his mange. He was also treated for dehydration. After ten days, his skin had healed and he was getting used to human touches. He was starting to trust them and feel better.

After two months, he had a full coat of white fur and loved to be touched and even kissed. He made friends with the other dogs at the center. At the end of the video when the worker gives him a kiss, I just wanted to cry for him, but because I was happy for him.

Watch his recovery in the video above and let us know what you thought about it through your comments! 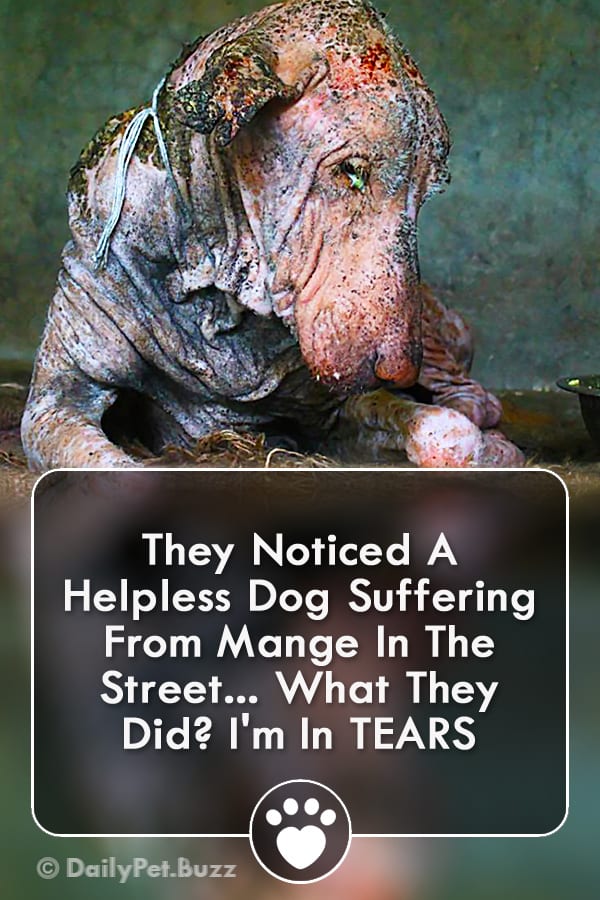