Los Angeles is all too familiar with the overwhelming company of stray dogs. There are thousands of homeless pooches wandering the streets of LA each day, looking for scraps of food and solid shelter. Unfortunately, most of them aren’t spayed or neutered, which can result in overpopulation when strays continue to mate with their fellow strays. This is what leads to the dogs wandering in such high numbers, and it’s a real cause for concern both in Los Angeles and across the globe.

Lisa Arturo does what she can to help strays in need. Upon encountering a fluffy little stray who was hiding under a truck, Lisa attempted to offer her food, but the pooch took no interest. When she was finally able to be taken out of hiding, it was discovered that the stray, called Petunia, was lactating! There was obviously more going on here, but what was the full story?

Sure enough, a puppy was found soon after it was realized that Petunia was a mom! Lisa and her assistants went on a hunt for other stray pups, wondering where they could all be. They placed Petunia in certain nearby areas to see if she would guide them to any other tiny babies, but after an hour of searching, they grew confident that there weren’t any others to be found.

Lisa brought the pooches, Petunia and her puppy, Petals, home where they could rest safely. Lisa’s own dog, Olive, served as a foster sister and caretaker, helping Petunia raise Petals into a happy, healthy puppy. Wait until you see how they play with one another!

These pooches are now looking for their forever homes, along with thousands of other strays. If you or someone you know is looking to adopt, don’t hesitate to rescue a dog in need. Be sure to spread the word by sharing this with your family and friends. Then, leave your thoughts on this touching rescue down below! 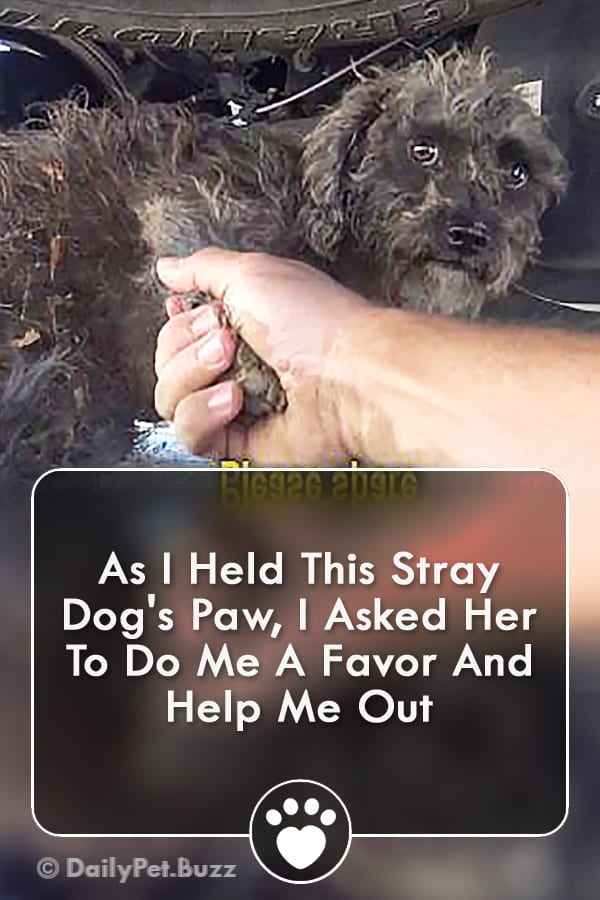