One of the best things about the internet is probably the myriad of pet videos you can find. They can make you laugh and they can make you cry. The video above was a viral hit some time ago. It features an adorable Labrador named Denver who is going to make you laugh with the most hilarious expressions ever!

Denver is a darling, but this pup has a weak spot for kitty cat treats. So when her owner decided to investigate about the stolen treats? Things get exceptionally hilarious! He first asks Denver’s sibling Macy if she did it, but the girl looks like she doesn’t have any connection to the crime. Then he turns the camera on to Denver, and it becomes instantly clear who the culprit is.

Denver’s owner has made all of his family pets famous by posting their hilarious antics on the Internet, but Denver’s reactions to being confronted have made her a fan favorite. She’s a Lab with a love for treats and trouble, and this video is one of her best. Dad is investigating who ate the cat treats, and it looks like Denver is the guilty party once again.

Denver has an older sibling, Macy, whose non-reaction to the inquiry is also hilarious. Macy can’t really hear and doesn’t see very well. But she doesn’t escape blame either. Denver is sitting by the door, and when her owner approaches with the empty bag of treats, just wait until you see what Denver does. I just love these two dogs. 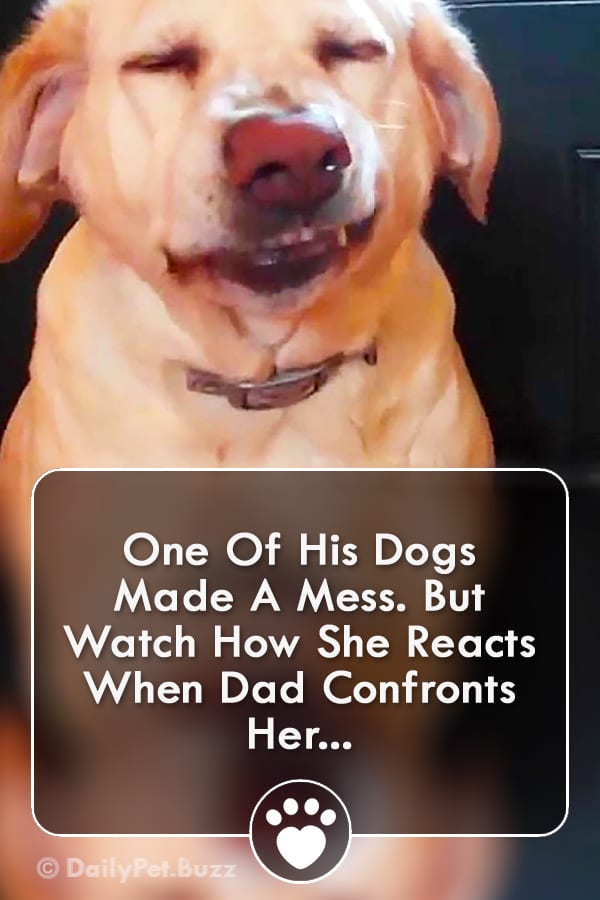