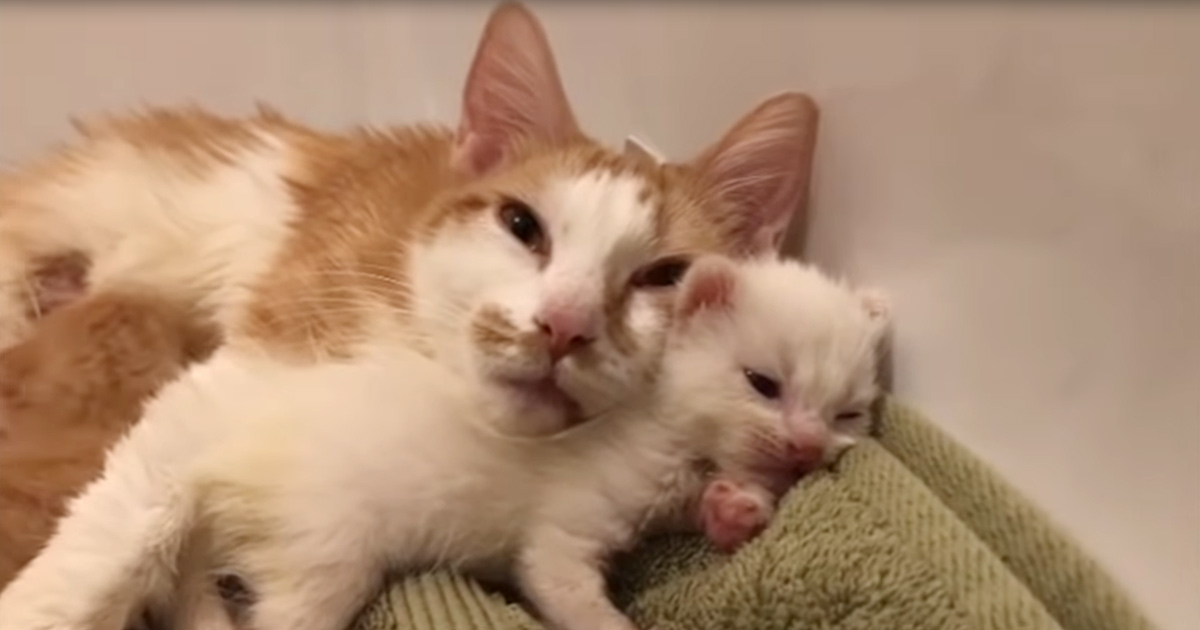 Twin shelter volunteers Karine and Mélia brought a mother cat and her kittens into their home to foster them after they were rescued from difficult street life. The mama cat was emaciated and frightened of her new surroundings, even though the sisters provided food for her and placed her and her babies in a tranquil room with low traffic to help her feel secure.

At first, the sisters needed to give the babies supplemental feedings because the mama cat was struggling to produce enough milk for them in her malnourished state. Karine and Mélia worried about the health of the feline family. The mama cat, Aiyu, was still very suspicious of the humans who were intervening in her life, and she was too fearful to explore her environment.

Whenever any of the babies tried to venture beyond the nest, apprehensive Aiyu quickly retrieved the adventurer. She never let any of them wander. The overprotective mother moved her babies several times, in an attempt to keep them more secure. After a few days in the care of the sisters, Aiyu started becoming a little bit more trusting and allowed the humans to pet her, but she continued watching very closely whenever someone had contact with her kittens.

Karine and Mélia began earning the trust of the uncertain mama cat after spending quite a bit of time with her and with her babies. They brought food to Aiyu so that she wouldn’t need to leave her babies to eat. She and the babies began gaining weight and thriving with the extra effort, and the mother cat softened toward her human benefactors, becoming an affectionate cat who even wanted to accompany them in human beds. Before too long, the kittens were climbing up on the beds too, and now everyone can relax together, knowing that all are safe and loved. 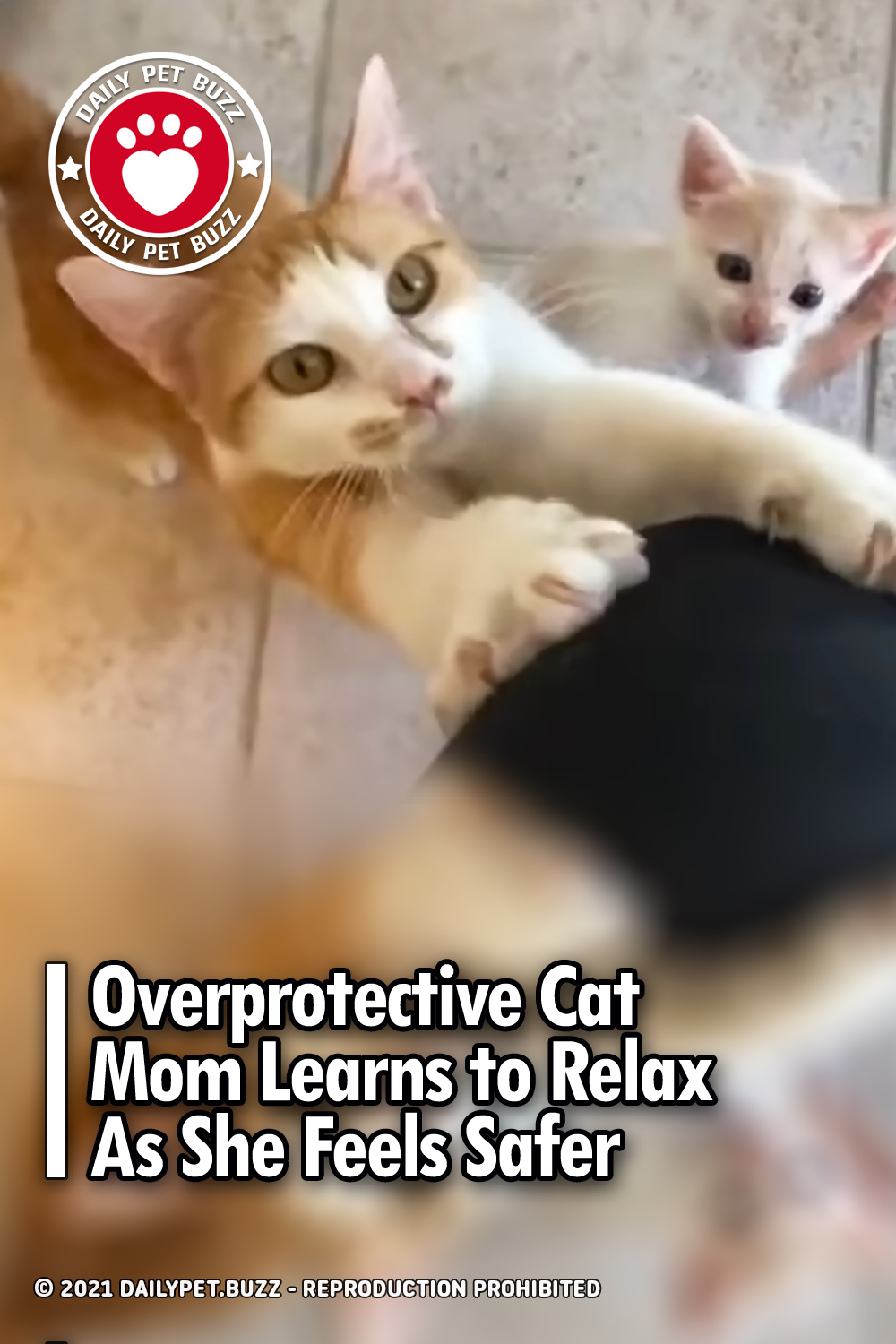