I have seen loads of videos of cats and dogs jumping around with toys and wreaking havoc. But this one is a bit different. This video features a horse named Buster that loves to play. You can see good old Buster dancing around in a field with a toy ball in his mouth and having the time of his life!

According to his Buster’s owner, he is a mischievous horse and he likes to play with anything and everything. She even compares the gorgeous guy to ‘donkey’ from the Shrek series, and notes that this young horse is quite a handful. But that Buster is a loving horse who has a super personality. And after watching this video, we couldn’t agree more!

I noticed while watching this that there is something different about the ball Buster is running around with. I’ve seen horses play with large, kind of squishy balls that they could hold in their mouth, but I had never seen one with handles! Buster’s ball has two handles and I thought that ball would make for a great game of tug of war.

Buster is so funny running around in the field, but the other horses are just eating and have absolutely no interest in Buster’s antics. They don’t have any interest in the ball and don’t even seem to care about Buster’s happy times at the farm. He sure is one happy horse.

Watch Buster playing in the video above! Playful horse isn’t he? Share your thoughts about this in the comments! 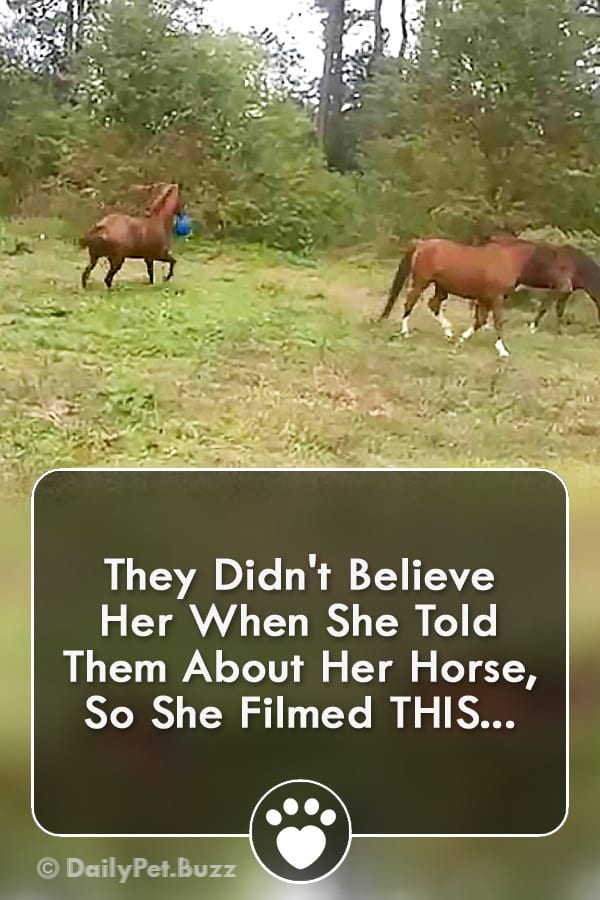