Dogs are supposed to be faithful and loyal creatures, but be aware, because they can also be sneaky! The dog in this video most definitely falls into the smart category. His owner Paul Groves decided to test him. This dog kept getting through the gate to the upstairs, but the gate was always closed. Groves wanted to know how his dog was getting across to the other side.

So he blocked the dog’s path to go upstairs by a metal safety gate and set up a camera to film him. But this brilliant pooch wasn’t going to fall victim to such trivial things as a gate. This gate couldn’t stop him from going where he wasn’t supposed to go!

Groves set up a camera and waited. What he discovers is pretty amazing. Within seconds, the dog appears by the gate and doesn’t hesitate to pull his Houdini trick. This dog can be seen crouching down and trying to escape through a cat flap. A freakishly small cat flap! And while this dog is thin, he’s not exactly small! He’s devised a way to squeeze himself through the cat flap, and it is hilarious to watch.

In no time, the dog is on the other side of that gate! Front feet first, then his head, and then he turns on his side and pushes himself through with his back feet, one at a time! Talk about a clever and determined pooch!

Watch this sly doggie in the video above. Can your dog do something like this? Let us know in the comments! 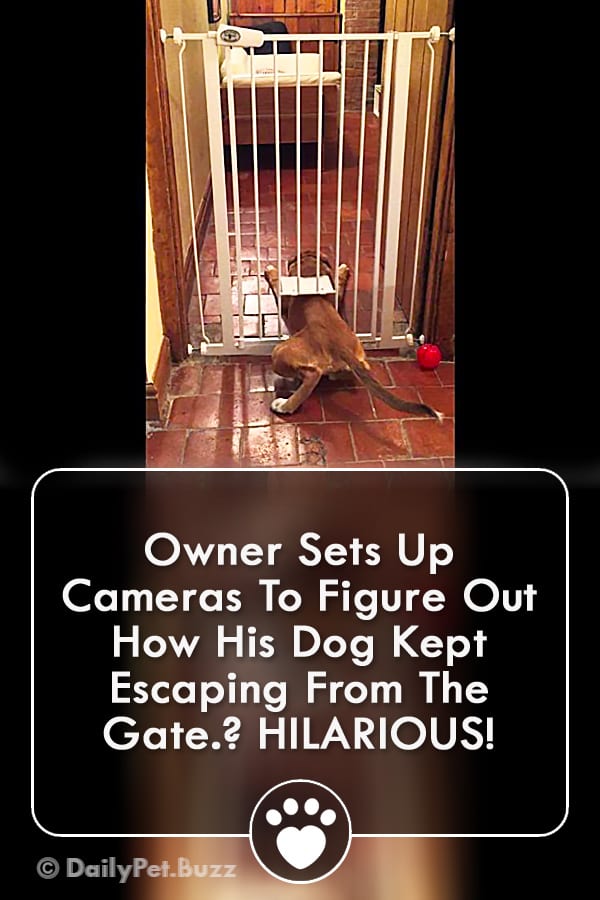