Dogs definitely have tempers; this one lives up to the fact that pups have a mental capacity of a three year old! Dogs are hilariously clear about displaying their current emotions. They know perfectly well what they want, what they need and will normally coexist seamlessly with us humans. However sometimes they might get mad like this next pup!

This adorable pooch literally barks his frustration at his owner for leaving a dog park too early. In this hilarious clip, you can definitely sense that the dog is upset for having to leave an afternoon of fun and play to go home just like a very emotional toddler, he lets his owner know exactly how he feels by speaking it the best way he can. I’m sure that if he could talk, he would tell the driver to turn around and go back to the park because obviously he’s not done having fun!

Has your pet ever shown his frustration? The best part of this clip is when the driver asks the dog if he’s a Texans fan and he goes completely silent. Ha! Not only is he talkative, but apparently very opinionated, too! It looks like no one is going to stop him from speaking his mind! 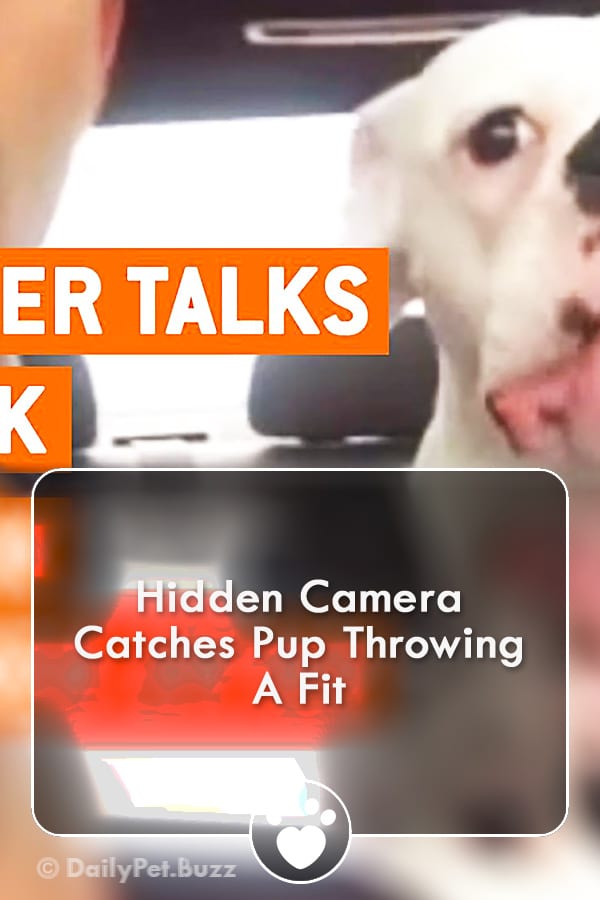