Love comes in all shapes and sizes. This clip is a beautiful story about true love. The type of love you rarely come across. You have probably heard a lot of stories about abandoned pets, even healthy ones. The dog in this video is a paraplegic pit bull called Loois. But his owner, Craig Mosher, wasn’t going to let such a small thing like paralysis separate him from his dog.

Retired police officer Mosher adopted Loois in 2000 after he was abandoned from a pit bull fighting operation. And unfortunately in 2004, Loois’s hind legs became paralyzed when his surgery to repair the spinal column went bad. But Mosher didn’t give up on his best bud and took care of him like he did his own children.

Mosher had a harness for Loois’ back legs and would basically carry his back legs while walking with Loois. He says if you didn’t make Loois come back home, he would run you to death! This dog was strong and healthy thanks to Mosher’s love and care and of course, his daily walks. He even does exercises with him in his garage with a special device a friend made for him. He was also the sweetest dog you would ever meet.

Sadly, Loois is no more. He had to be put down after he suffered from degeneration of spinal disks. Loois was brave till the end. Mosher was heartbroken, but he said that Loois will always be in his heart.

Watch this moving story about these best friends in the video above. Tell us your thoughts in the comments! 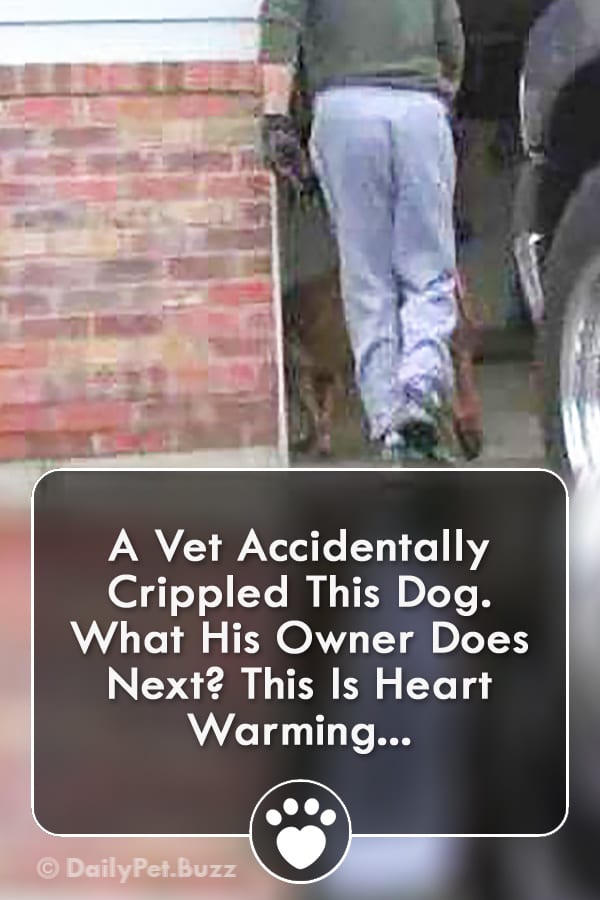