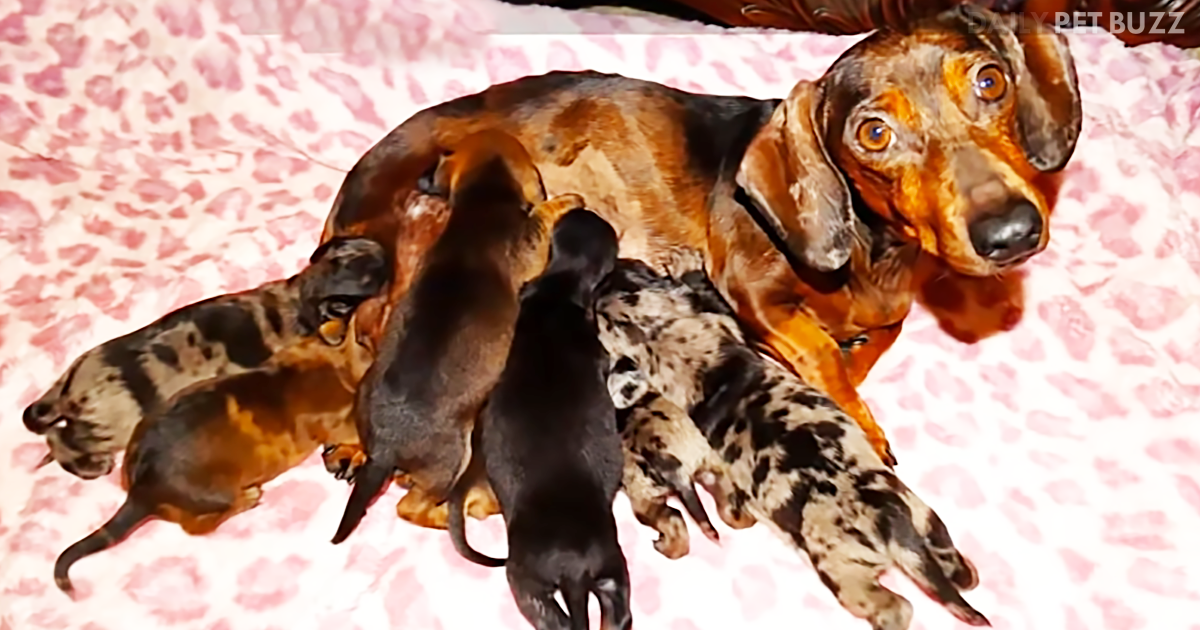 Fewer things make me angrier than people who use animals for breeding while not caring about what conditions they live in or what their physical and emotional states are. Fortunately, there are people out there who care about how these animals feel and work hard to make life better for them after they are found.

Take the dog that we see in this video, for example. We see a Dachshund named Maria being found in rough shape. She’s paralyzed, pregnant, and has about a million fleas on her. She gets treatment for the fleas, but it’s painful to see her drag herself around outside since she has no lower body function.

She was surrendered to a shelter because her ‘owners’ (they were NOT parents) didn’t want to pay $3,000 for her cesarean section birth. Well, she’s in loving hands now. Maria has that much-needed C-section, and seven puppies are brought into the world. They are named the ‘Von Dapp Family’ – like the Von Trapp family – and they are all so cute.

There’s even better news – Maria undergoes a lot of therapy, and she trusts again – plus she can walk again, too. What an amazing turnaround. It’s so gratifying to see her moving at a good clip in the yard after seeing her drag herself before.

As sad as the beginning of the video is, the end is amazing. While she may not get all of her hind leg function, she’s still motoring around a LOT better than she was at the start. She’s also full of life and love for her puppies and also her new daddy. What he did for her showed what kind of a person he is. Talk about an emotional roller coaster – the video below is a story you don’t want to miss. 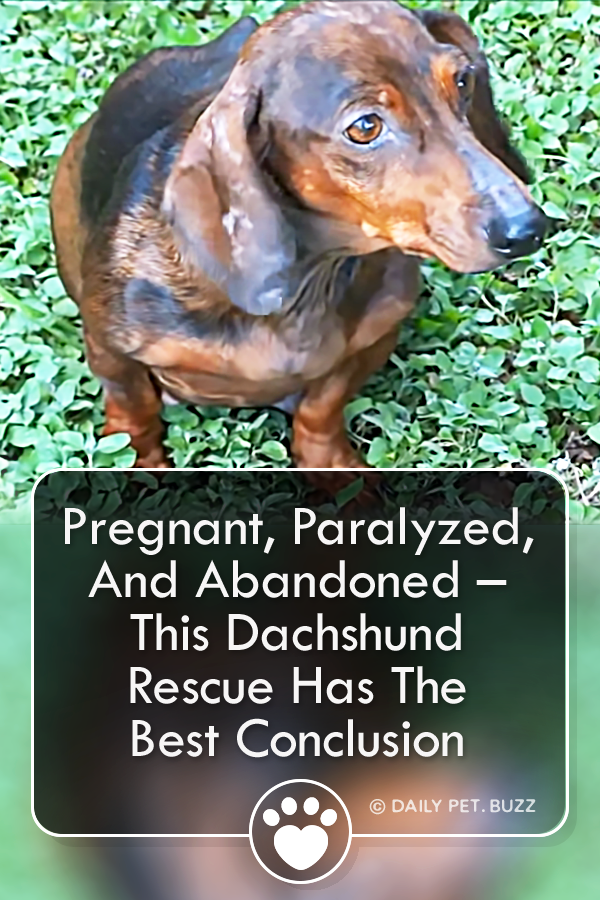